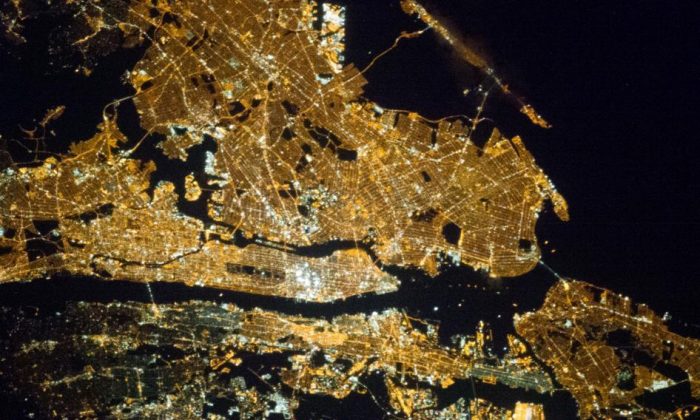 A New Year greeting will be sent from the astronauts in the International Space Station to revelers in New York City’s Times Square.

The space station is constantly orbiting Earth, and usually has six astronauts in it. Currently, three Russian astronauts are joined by a Japanese astronaut and two American astronauts.

NASA’s Rick Mastracchio and Mike Hopkins, and Koichi Wakata of the Japan Aerospace Exploration Agency, will send out greetings in a video that will be broadcast during the New Year’s Eve countdown event in Times Square.

Dual LED screens in the square–which is always packed leading up to New Year’s–will enable people to see the “special greeting from space,” NASA says.

Other NASA events broadcast in the square in the past include the Curiousity rover landing on Mars, and the launches of two other spacecraft.