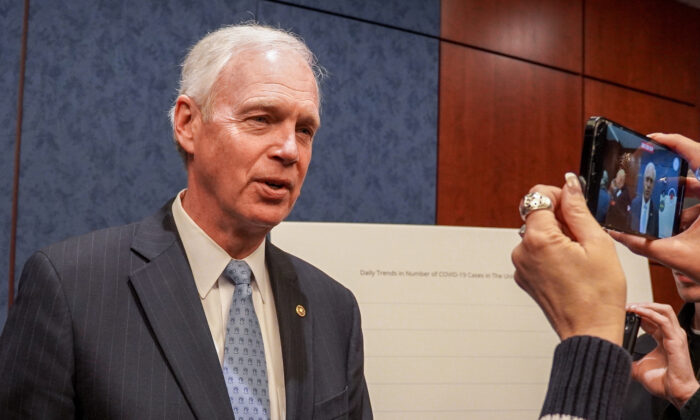 Another FBI whistleblower has come forward to say that the bureau delayed its investigation into Hunter Biden’s laptop hard drive, according to a Senate Republican this week.

Sen. Ron Johnson (R-Wis.), one of the leading investigators into Biden, sent a letter to Department of Justice Inspector General Michael Horowitz on Aug. 23 about the latest whistleblower claims.

“Whistleblowers have recently contacted my office to share serious concerns about the FBI’s handling of Hunter Biden’s laptop,” Johnson wrote, noting that FBI leaders at the local level told employees that “you will not look at that Hunter Biden laptop” when it was discovered at a Delaware computer repair shop in 2019.

The new claims “allege that the FBI did not begin to examine the contents of Hunter Biden’s laptop until after the 2020 presidential election—potentially a year after the FBI obtained the laptop in December 2019,” Johnson said.

The Justice Department declined to comment on Johnson’s letter.

When the laptop story surfaced in October 2020, weeks before the election, then-presidential candidate Joe Biden and other Democrats alleged that it was disinformation, while Twitter and Facebook moved to block New York Post articles on its content from being shared or accessed. Contents of the laptop revealed Hunter Biden’s extensive overseas business ties, including with entities with links to the Chinese Communist Party (CCP).

A former associate of the younger Biden, Tony Bobulinski, said in late 2020 that the emails disclosed in the NY Post’s report were authentic and that he got an email in May 2017 about a business plan with the Bidens’ Oneida Holdings firm.

In the emails about the Chinese energy firm CEFC, the “H” was referring to Hunter Biden, and Joe Biden was “the big guy,” according to Bobulinski. Former President Donald Trump made several references to the “big guy” claim in an Oct. 22, 2020 presidential debate between him and Biden.

Before that, Republican senators wrote in September 2020 that Hunter Biden engaged in millions of dollars in “questionable financial transactions” with associates and foreign individuals, including the wife of the former mayor of Moscow and CCP-linked individuals.

Hunter Biden, in an ABC News interview and elsewhere, has said that he engaged in no illegal activity and that his business deals were proper. Anonymous sources in the federal government have told CNN and other media outlets in recent days that federal investigators are still looking into Biden’s finances.