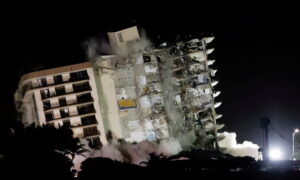 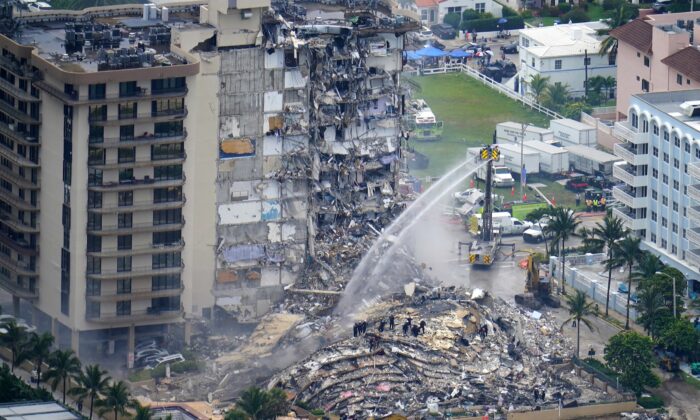 New video footage of investigators working at the condominium building that collapsed in Florida in June, killing 98, shows structural issues, according to experts.

The footage was released by the National Institute of Standards and Technology (NIST), as the federal agency announced that it would launch a technical probe into the collapse of the building, which is located in the Miami suburb of Surfside.

Images from the video show steel-reinforced concrete sections of the building and an area where a column meets the structure’s foundation.

“The corrosion on the bottom of that column is astronomical,” Dawn Lehman, professor of structural engineering at the University of Washington, told the Miami Herald.

“If there’s that amount of corrosion, this should have been fixed.”

Lehman and another expert, Abieyuwa Aghayere, a Drexel University engineering researcher, also said there appeared to be too much steel reinforcement, which could weaken the structural integrity of the building.

Aghayere also identified issues signaled by how some of the concrete looked “powdery” and white, which he said indicates likely saltwater damage.

“The white color just stuns me,” he told the paper.

The building, about 15 miles northeast of Miami, partially collapsed on June 24. The collapse killed dozens of people and triggered a huge search-and-rescue effort.

“Literally half of that building is not there anymore,” Surfside Mayor Charles Burkett told reporters on the day of the collapse.

The NIST investigation will help determine the likely cause or causes of what happened, James Olthoff, a senior NIST official, said in an Aug. 25 statement.

“I’m confident this team will work tirelessly to understand what happened in Surfside, and to make recommendations that will improve the safety of buildings across the United States to ensure a tragedy like this does not happen again,” he said.

Judith Mitrani-Reiser, associate chief of the Materials and Structural Systems Division in NIST’s engineering laboratory, is leading the investigative team.

“We are going into this with an open mind and will examine all hypotheses that might explain what caused this collapse,” she said in a statement.

Rep. Debbie Wasserman Schultz (D-Fla.) has said that federal law may be changed based on the NIST’s findings.