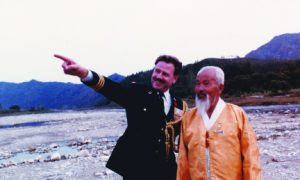 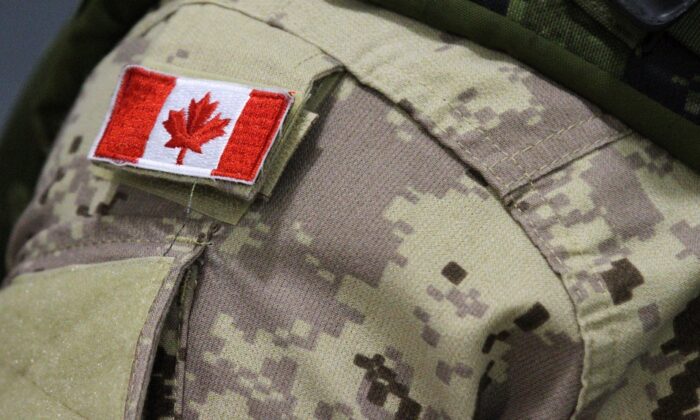 A Canadian flag sits on a member of the Canadian Armed Forces in this file photo. (The Canadian Press/Lars Hagberg)
Canada

OTTAWA—Canada’s new veterans ombudsman says she has endured the same long and frustrating wait as tens of thousands of other former military members after applying for support and benefits for her service-related injuries.

Retired Canadian Army colonel Nishika Jardine, who took over as ombudsman last month, says she waited more than a year to find out whether her application for disability benefits had been approved by Veterans Affairs Canada.

That included whether she qualified for government-supported physiotherapy, which had been provided while she was in the military but was cut off after she was forced to hang up her uniform because of her injuries.

“As soon as I left the Canadian Forces, my release date, the doors shut behind you,” Jardine told The Canadian Press in an interview on Tuesday.

“And until I had that decision from Veterans Affairs, I could not continue with my treatment. So that was a year delay—in fact, a little longer—before I got access to continue that treatment.”

It is with this experience that Jardine takes over as the new ombudsman, the first woman to lead the office since it was created in 2007 to investigate complaints from veterans having difficulties accessing federal services and benefits.

Most of those complaints relate to the long waits that disabled veterans applying for federal support are facing, with Veterans Affairs Canada reporting a backlog of 45,000 unprocessed applications at the end of September.

Members of the veterans’ community as well as several of Jardine’s predecessors have expressed concerns about the impact that those delays are having on former military personnel suffering from long-term mental and physical injuries.

Without decisions on whether they qualify, which Jardine describes as “pivotal,” veterans are unable to access many federal services and benefits.

Jardine describes the issue as a matter of fairness and one of the reasons she sought the ombudsman’s job, which became available after Craig Dalton abruptly resigned in May after only 18 months in the office.

“The backlog is real,” said Jardine. “And it has an effect on veterans who are waiting to be able to get treatment and/or afford treatment as a result of getting a positive answer on a disability claim.”

After years of complaints, the federal Liberal government announced in June plans to hire hundreds of temporary staff to deal with the backlog. But veterans’ advocates have called for more investments and a faster review process.

Jardine declined to weigh in, saying she was still settling into her new role after 37 years with the Corps of Royal Canadian Electrical and Mechanical Engineers, which included a tour in Afghanistan.

She also wouldn’t comment on the three different benefits regimes for disabled veterans that have been adopted by various governments over the years, and which have also been a source of frustration for the community.

Jardine instead emphasized the ombudsman’s role in advocating for fairness for veterans, especially women, francophones and Indigenous people who have served in uniform.

Some have questioned whether the ombudsman’s office actually fulfils such a role. Concerns have been raised about its narrow scope and lack of independence, with the office reporting to the veterans affairs minister and not Parliament.

An internal report commissioned by Veterans Affairs Canada and published over the summer found similar concerns, and Dalton was outspoken in calling for a review of the office’s mandate before he left for a job as city manager in Lethbridge, Alta.

Veterans Affairs has promised such a review as part of a broader review of the process that veterans can use to appeal the department’s decisions, and spokesman Marc Lescoutre told The Canadian Press that it is underway.

But Jardine indicated her office has not received any information about a review, saying: “We have also asked that same question and are waiting to hear from them.”

In the meantime, Jardine said she has already met some veterans and advocacy groups and that she plans to follow that up with further meetings in the new year to start identifying where the office should focus.