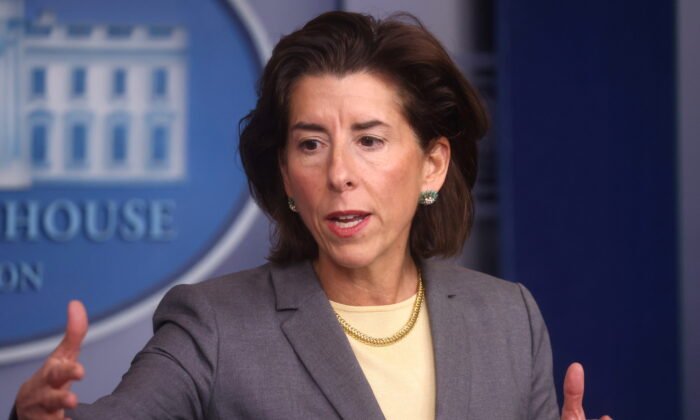 The United States and Britain struck a trade deal on Tuesday to lift American tariffs on British steel and aluminum, while the UK will remove levies on U.S. motorcycles, whiskey, and tobacco.

Britain will be able to ship “historically-based sustainable volumes” of steel and aluminum goods to the United States starting June 1 without tariffs imposed under the Trump administration, Biden administration officials said.

In return, the UK will remove tariffs on more than $500 million worth of U.S. products, including distilled spirits, various agricultural products, and consumer goods. Sources said these include products such as Harley-Davidson motorcycles, Levi Strauss jeans, and bourbon whiskey.

The deal also requires that any UK steel company owned by a Chinese entity must have its financial records audited to assess influence from the Chinese regime. The results of these audits must also be shared with the United States.

The requirement will initially apply to British Steel, acquired by China’s Jingye Group in 2020.

The U.S. Department of Commerce said the deal serves as an example of President Joe Biden’s “commitment to rebuilding and strengthening relationships with our vital allies and partners, while working together to address unfair practices by countries like China.”

“Today’s historic deal is a testament to that ambitious goal and will benefit America’s steel and aluminum industries and workers by protecting manufacturing, as well as consumers by easing inflationary pressures in the U.S.,” U.S. Secretary of Commerce Gina Raimondo said in a statement.

“By allowing for a flow of duty-free steel and aluminum from the UK, we further ease the gap between supply and demand for these products in the United States. And by removing the UK’s retaliatory tariffs, we reopen the British market to beloved American products,” Raimondo added.

The commerce secretary noted that the measures would also help ease inflation in the United States, where consumer prices have hit their highest level in four decades.

The agreement “delivers on President Biden’s vision to repair relationships with our allies,” U.S. Trade Representative Katherine Tai said in a statement.

British Prime Minister Boris Johnson praised the deal on Twitter, saying it is “fantastic news and a very welcome boost to our steel and aluminium industries.”

Britain’s trade minister, Anne-Marie Trevelyan, who met with Raimondo in Washington D.C., said the trade accord would help support some 80,000 jobs across Britain.

The Trump administration in March 2018 imposed tariffs of 10 percent on aluminum and 25 percent on steel under the Section 232 national security law to protect U.S. producers from a flood of subsidized imports.