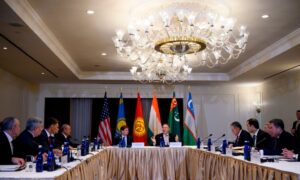 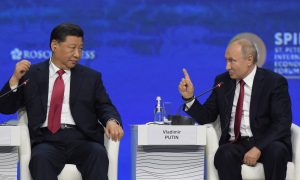 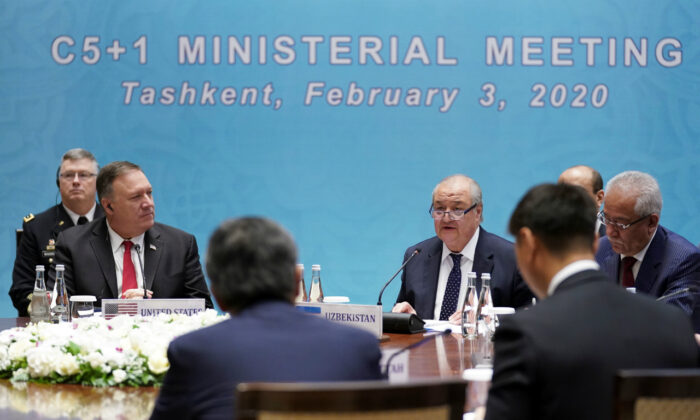 The U.S. Department of State unveiled its new strategy for the Central Asia for the next five years on Feb. 5 with an objective to advance economic development, security, and sovereignty of Central Asian countries as a way to stabilize the region and promote peace.

The Central Asian region has always been the strategic and commercial crossroads between Europe and Asia, and it is important to “U.S. national security interests, regardless of the level of United States involvement in Afghanistan,” the new strategy document said (pdf).

The region consists of the former Soviet republics of Kazakhstan, Kyrgyzstan, Tajikistan, Turkmenistan, and Uzbekistan situated at the heart of Eurasia. Upon the dissolution of the Soviet Union in 1991, the countries declared their independence, which was almost immediately recognized by the United States.

Since the approval of the previous U.S. strategy for Central Asia in 2015, there have been changes in the leadership of Central Asian states. New leaders, especially in Uzbekistan and Kazakhstan, have created new opportunities for reform, intraregional cooperation, and greater U.S. engagement, the report said.

Uzbekistani President Shavkat Mirziyoyev’s meeting with President Donald Trump in 2018 marked greater U.S.–Uzbekistan cooperation going forward. Also in 2018, “the Central Asian heads of state convened without the presence of any major powers for the first time in at least a decade,” said Alice Wells, Principal Deputy Assistant Secretary for South and Central Asia at the State Department during a discussion at the Heritage Foundation, adding that they continued with the meeting in 2019.

“The United States’ primary strategic interest in this region is to build a more stable and prosperous Central Asia that is free to pursue political, economic, and security interests with a variety of partners on its terms; is connected to global markets and open to international investment, and has strong, democratic institutions, rule of law, and respect for human rights,” the report said.

The United States has already provided $9 billion in financial aid to support security, economic growth, fund educational and cultural programs in Central Asia. At the same time, U.S. private businesses have invested over $31 billion in commercial ventures in the region, thus creating thousands of jobs and contributing to the region’s economic development.

The strategy focuses on five goals:

Strengthening of Sovereignty and Regional Connectivity

To achieve the goal of strengthening the sovereignty of the Central Asian states individually and as a region, the United States will engage in the development of democratic institutions in the countries, the new strategy outlined.

Wells said at the discussion that this project “can bring surplus hydroelectricity from Kyrgyzstan and Tajikistan to Afghanistan and Pakistan where over 80 million people still lack access to electricity.”

The United States will also continue to get involved in the American University of Central Asia in Bishkek, Kyrgyzstan, that offers U.S. degrees, scholarships, and teaches business skills to students from the entire region.

To counter terrorism threats, the United States has created programs to conduct joint military exercises, and provide training to military and border security personnel in the region, as well as to “return, rehabilitate, and reintegrate foreign terrorist fighters and their families into society,” according to the report. The United States has invested $90 million into border security in Central Asia.

Wells said that “Kazakhstan, Uzbekistan, and Tajikistan are leading the world in taking responsibility” for terrorist fighters who are their citizens.

It advised building railway and electricity infrastructures between Afghanistan, Uzbekistan, Turkmenistan, and Tajikistan, as well as border management training at the joint border security academy in Dushanbe, Tajikistan.

Rule of Law and Human Rights

The United States is also to support the improvement of rule of law and respect for human rights by providing technical expertise and training. For example, U.S. Embassy programs for journalists teach them how to keep governments accountable to their citizens and promote government efforts to improve the lives of people, the report said.

According to Wells, the rule of law and respect for human rights both play a critical role in increasing trade and foreign investments.

“Countries will take business risk, but they don’t want to take political risk,” she said.

She added that the United States will also support the promotion of religious freedom in Central Asia and defending the human rights of “oppressed ethnic Kazakhs, Uyghurs, and Kyrgyz people in Chinese detention prisons.”

Attracting Foreign Investments Including US Businesses

Finally, the U.S. government is working with each nation to strengthen the rule of law and respect for human rights that creates favorable conditions for attracting more foreign investment, including from American businesses, the report outlined.

It also identified education reform as areas of contribution, as it “equips the next generation” with “technical, managerial, English language, and critical thinking skills needed to support 21st-century economies that attract international investment and produce local entrepreneurs.”

American investments uphold the highest standards of labor, environmental protection, and debt sustainability, Wells said, adding that the United States has offered to “provide independent experts who can help countries assess the sustainability of infrastructure projects” and ”the newly established Development Finance Corporation can provide critical assistance through lending insurance and investment products.”

Deputy assistant to President Donald Trump and senior director for South and Central Asia on the National Security Council, Lisa Curtis, said that although the U.S. faces competition from Russia—which has always exerted influence in Central Asia— and China, it will not try to match it. The United States only wants to have a presence in the region to “protect as much as we can their ability to remain sovereign, independent nations,” she said.

Curtis said that while China is providing the region “much needed development assistance” like infrastructure financing, such assistance needs to “remains transparent.” She said that the United States had concerns that countries could get “over-indebted” to the point of losing their sovereignty, as has been seen with countries participating in China’s Belt and Road Initiative.

“Our brand is clear … sovereignty, independence, territorial integrity,” and when that is contrasted to the annexation of Crimea, or contrasted to predatory debt, the United States “occupies a very unique and … very beneficial pole for the Central Asian states,” Wells said.