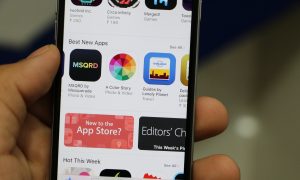 The UK will launch a new watchdog to curb the market dominance of tech giants such as Google and Facebook, and level the playing field for consumers and small businesses, the government said on Friday.

A dedicated Digital Markets Unit will be set up to regulate the behaviour of market-dominating online platforms and create more competition, giving smaller businesses and news outlets a chance to thrive, the government said in a statement.

Under the new code, platforms could also be required to be more transparent about how they are using consumers’ data and to give consumers a choice over whether to receive personalised advertising, the statement said.

They may also be prevented from placing restrictions on their customers that make it hard for them to use rival platforms.

The new unit, which will begin work in April, could be given powers to suspend, block, and reverse decisions of tech giants, and order them to comply with the code or impose financial penalties for non-compliance, the government said.

“Digital platforms like Google and Facebook make a significant contribution to our economy and play a massive role in our day-to-day lives,” Business Secretary Alok Sharma said. “But the dominance of just a few big tech companies is leading to less innovation, higher advertising prices and less choice and control for consumers.”

“Our new, pro-competition regime for digital markets will ensure consumers have choice, and mean smaller firms aren’t pushed out,” he added.

Digital Secretary Oliver Dowden said he is “unashamedly pro-tech” but “there is growing consensus in the UK and abroad that the concentration of power among a small number of tech companies is curtailing growth of the sector, reducing innovation and having negative impacts on the people and businesses that rely on them.

“It’s time to address that and unleash a new age of tech growth.”

The government noted it wanted to “support the sustainability of the UK’s world leading news publishing sector and make sure, as news moves ever more online, publishers get a fair deal from the platforms on which they rely,” saying that some news publishers’ ability to monetise their content on dominant platforms is currently being limited.

The new watchdog, which will be set up within Britain’s competition regulator, the Competition and Markets Authority (CMA), will work closely with regulators including Ofcom and the Information Commissioner’s Office to protect consumers and small businesses from being disadvantaged by the dominance of big tech firms.

Google and Facebook dominate digital advertising, accounting for around 80 percent of £14 billion ($18.7 billion) spent in 2019, the CMA said.

The two U.S. companies have said they are committed to working with the British government and regulator on digital advertising, including giving users greater control over their data and the ads they are served.