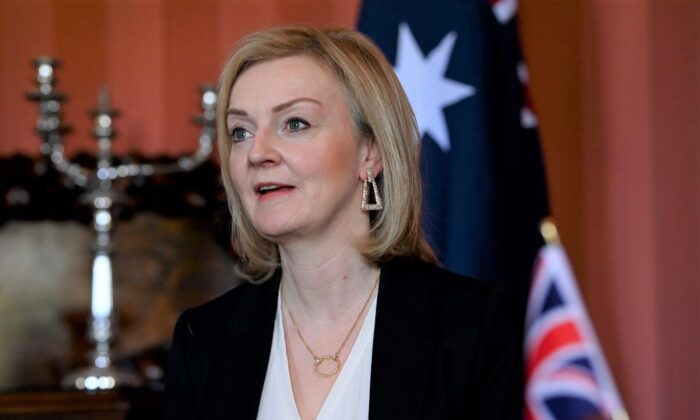 Britain’s engagement with Australia and the Indo-Pacific will remain a top priority despite the changing of prime minister, the UK envoy in Canberra says.

The bilateral relationship will continue to go “from strength to strength” as the like-minded nations continue to pursue cooperation in industries such as defence and clean energy, high commissioner Vicki Treadell told AAP.

“Liz Truss has been very clear that she continues the government that was voted in two-and-a-half-years ago,” she said of the new prime minister.

“They have a manifesto commitment, and that is what she will see through in the areas she will continue to prioritise, obviously shaped by recent global events.”

Such areas include defence and national security policy spurred on by Russia’s invasion of Ukraine, as well as a timely transition to clean energy given a spike in international energy prices stemming from the same conflict.

“She’s also very clear the Indo-Pacific and Britain’s engagement in this region is a top foreign policy,” the high commissioner said.

“One of the things that Britain is committed to is a consistent and persistent presence in this part of the world.”

The UK will also increase its presence under the AUKUS agreement, including by allowing Australian crew to train on British nuclear submarines.

Further details about Australia’s purchase of nuclear submarines from either the UK or U.S., and the plugging of capabilities gaps until their arrival in over a decade’s time are due to be handed down in March following an 18-month consultation period.

“None of us on our own, for the big new areas of technology, can deliver and get to market first. We need collaboration, we need partnership,” Treadell said.

“That’s what we want to build on.”

Cooperation and investment in clean energy will also be a focus, Treadell said.

Prime Minister Anthony Albanese is expected to talk to his new UK counterpart in the coming days.