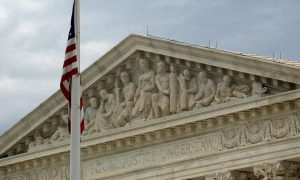 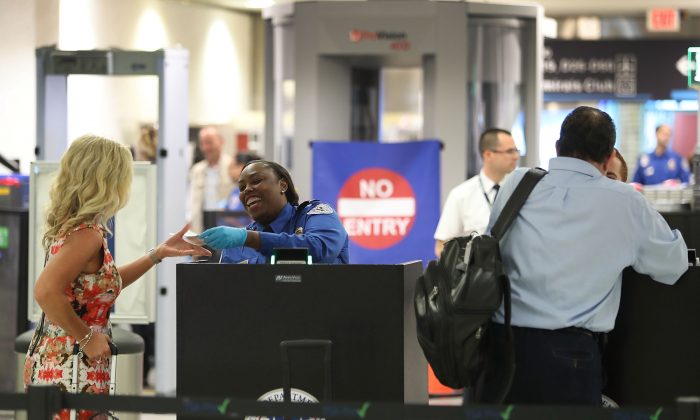 TSA agents check the documents of travelers as they go through the TSA PreCheck security point at Miami International Airport on June 2, 2016 in Miami, Florida. (Joe Raedle/Getty Images)
US

After five months of court disputes, President Donald Trump’s temporary ban on travel from six “countries of concern” partially goes into effect on June 29 at 8 p.m.

Under the 90-day partial ban, people from Libya, Iran, Somalia, Sudan, Syria, and Yemen can’t travel to the United States, unless they have a “credible claim of a bona fide relationship with a person or entity in the United States,” according to a June 26 Supreme Court ruling that allowed the limited ban go into effect, while the legal disputes in lower courts continue.

The ban also prevents refugees (of any origin) from entry for 120 days, unless they can prove the bona fide relationship.

What counts as ‘bona fide’?

“For individuals, a close familial relationship,” the court stated, would count as a bona fide relationship. “As for entities, the relationship must be formal, documented, and formed in the ordinary course, rather than for the purpose of evading [the travel ban].”

Foreign students, foreign workers, and foreign lecturers would qualify for an exemption from the ban.

The court also illustrated what would count as avoiding the ban: “For example, a nonprofit group devoted to immigration issues may not contact foreign nationals from the designated countries, add them to client lists, and then secure their entry by claiming injury from their exclusion.”

Other groups exempt from the ban are:

In addition, consular and immigration officers can grant case-by-case waivers “if the foreign national has demonstrated to the officer’s satisfaction that denying entry during the suspension period would cause undue hardship, and that his or her entry would not pose a threat to national security and would be in the national interest,” states Trump’s March 6 executive order.

Trump originally issued the ban in a Jan. 27 executive order that included Iraq among the banned countries. Trump said the ban needed to be issued abruptly, otherwise it would have given people with ulterior motives time to sneak in.

The temporary ban is intended to keep out terrorists and potential threats, pointing to the fact that the countries named on the executive order had already been identified as “countries of concern” by the Obama administration, and that these countries either don’t cooperate with the U.S. screening process, or are so unstable as to render the current screening methods ineffective.

The Supreme Court allowed the ban be put in place while the legal dispute continues, but carved out the “bona fide” exception as to prevent hardship to U.S. families, employers, and hosts who have legitimate reasons to invite people from the six banned countries.

Stephen Gregory contributed to this article.