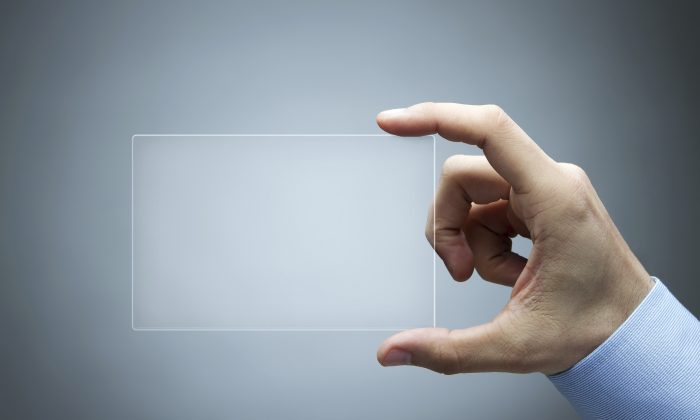 A new material that is both highly transparent and electrically conductive could make large screen displays, smart windows, and even touchscreens and solar cells more affordable and efficient.

Indium tin oxide, the transparent conductor currently used for more than 90 percent of the display market, has been the dominant material for the past 60 years. However, in the last decade, the price of indium has increased dramatically. Displays and touchscreen modules have become a main cost driver in smartphones and tablets, making up close to 40 percent of the cost.

While memory chips and processors get cheaper, displays get more expensive from generation to generation. Manufacturers have searched for a possible ITO replacement, but until now, nothing has matched ITO’s combination of optical transparency, electrical conductivity, and ease of fabrication.

A team led by Roman Engel-Herbert, assistant professor of materials science and engineering at Penn State, reports a new design strategy that approaches the problem from a different angle.

According to the researchers, this electron flow produces high optical transparency along with high metal-like conductivity.

“We are trying to make metals transparent by changing the effective mass of their electrons,” Engel-Herbert says. “We are doing this by choosing materials in which the electrostatic interaction between negatively charged electrons is very large compared to their kinetic energy.

“As a result of this strong electron correlation effect, electrons ‘feel’ each other and behave like a liquid rather than a gas of non-interacting particles. This electron liquid is still highly conductive, but when you shine light on it, it becomes less reflective, thus much more transparent.”

To better understand how they achieved this fine balance between transparency and conductivity, Engel-Herbert and his team turned to a materials theory expert, Professor Karin Rabe of Rutgers University.

“We realized that we needed her help to put a number on how ‘liquid’ this electron liquid in strontium vanadate is,” Engel-Herbert says.

Rabe helped the Penn State team put together all the theoretical and mathematical puzzle pieces they needed to build transparent conductors in the form of a correlated metal. Now that they understand the essential mechanism behind their discovery, the Penn State researchers are confident they will find many other correlated metals that behave like strontium vanadate and calcium vanadate.

5 Percent of the Cost of Indium

Lei Zhang, lead author of the paper in Nature Materials and a graduate student in Engel-Herbert’s group, was the first to recognize what they had discovered.

“I came from Silicon Valley where I worked for two years as an engineer before I joined the group,” says Zhang. “I was aware that there were many companies trying hard to optimize those ITO materials and looking for other possible replacements, but they had been studied for many decades and there just wasn’t much room for improvement. When we made the electrical measurements on our correlated metals, I knew we had something that looked really good compared to standard ITO.”

Currently indium costs around $750 per kilogram, whereas strontium vanadate and calcium vanadate are made from elements with orders of magnitude higher abundance in the Earth’s crust. Vanadium sells for around $25 a kilogram, less than 5 percent of the cost of indium, while strontium is even cheaper than vanadium.

Zoom in on Metallic Glasses to Find Fractals

“Our correlated metals work really well compared to ITO,” says Engel-Herbert. “Now, the question is how to implement these new materials into a large-scale manufacturing process. From what we understand right now, there is no reason that strontium vanadate could not replace ITO in the same equipment currently used in industry.”

Along with display technologies, Engel-Herbert and his group are excited about combining their new materials with a very promising type of solar cell that uses a class of materials called organic perovskites. Developed only within the last half dozen years, these materials outperform commercial silicon solar cells but require an inexpensive transparent conductor. Strontium vanadate, also a perovskite, has a compatible structure that makes this an interesting possibility for future inexpensive, high-efficiency solar cells.

Engel-Herbert and Zhang have applied for a patent on their technology.

The Office of Naval Research, the National Science Foundation, and the Department of Energy funded this work. Fabrication of the correlated metals took place at the Materials Research Institute in the laboratory facilities of Penn State’s Millennium Science Complex.