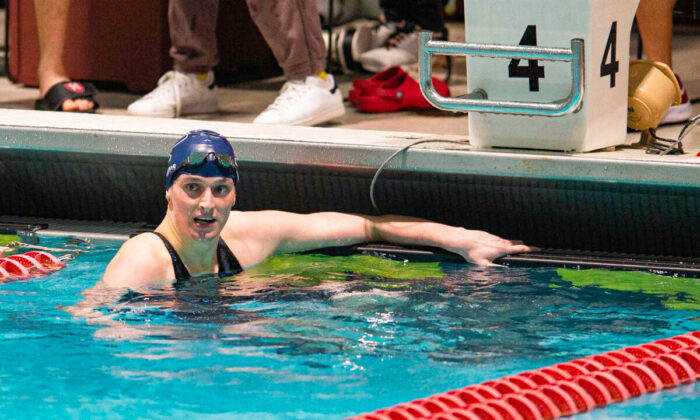 Many conservatives have hailed the decision by the world swimming governing body, FINA, to restrict the participation of transgender women in female sports. Under the new rule, a swimmer cannot simply switch from male to female over the course of a year, as occurred recently with college trans swimmer Lia Thomas. But FINA did not replace the old rules with common sense ones. In fact, the new rules create a scenario for something far worse.

The new eligibility policy for FINA competitions states that “male-to-female” swimmers are eligible to compete in women’s competitions as long as “they can establish to FINA’s comfortable satisfaction that they have not experienced any part of male puberty beyond Tanner Stage 2 (of puberty) or before age 12, whichever is later.” The only way for a boy to not experience puberty is through medical intervention at a young age. This entails taking puberty blocking drugs and/or surgery to remove his testicles.

Instead, it went the “woke” route, settling on a rule that fits squarely within the leftist, LGBT agenda. The rule, which is now likely to be adopted by many other sports governing bodies, pushes parents to act quickly in response to perceived gender dysphoria in their child. Parents are already being told, wrongly, that they should give their boys puberty blockers in response to gender dysphoria. President Biden and his Attorney General’s office has been threatening states which seek to prohibit medical providers from providing such drugs or surgeries to children.

At the same time, Biden is criticizing states which allow psychological treatment for children with gender dysphoria. In other words, if your child is suffering from the disorder called gender dysphoria, Biden and the left says there is nothing you can do other than accept it. Put a dress on your boy and begin preparations for his conversion.

California was the first state to ban any treatment designed to reduce a child’s dysphoria and help the child identify with his or her biological gender. Since then, over twenty states, and Canada, have implemented bans. They promote instead “gender-affirming” care. Of course, the term is Orwellian since gender-affirming care really means gender-changing care, i.e. puberty blockers and surgeries.

The left’s position is built upon the myth that people are “born this way,” i.e. babies are born gay or born transgender. There is no medical basis for this position. Numerous identical twin studies show that when one twin is gay or trans, the majority of the time the other is not. Same DNA, different outcome. Scientists have mapped the entire human genome. No gay or trans gene has been found. Rather, studies have shown that both homosexuality and transgender behavior are psychological conditions that develop in early childhood as a result of trauma (often the failure to bond with the same sex parent).

So, children may not choose to be gay or trans, but they are not born that way. With proper treatment, or, often more importantly, proper parenting, the child’s confusion about sexuality or gender will resolve itself. Studies show that children with gender dysphoria grow out of it most of the time. The last thing parents should be encouraged to do is interfere medically with their child.

But the new FINA rule encourages just that. The truth must be exposed before this rule is expanded to other sports, and the medical experimentation with children becomes even more pervasive.