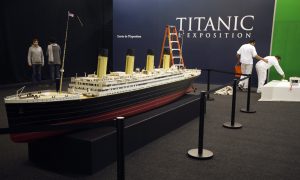 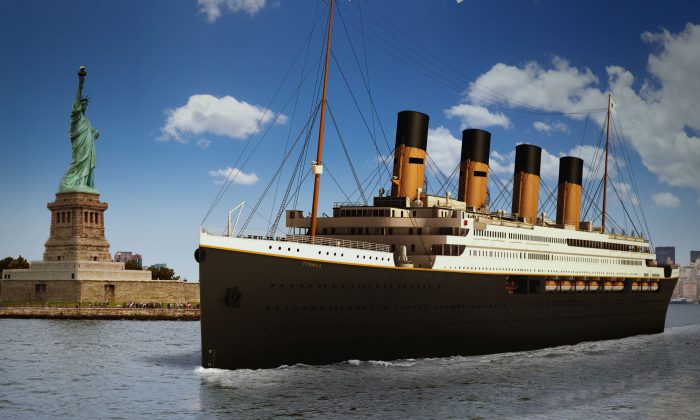 A remake of the RMS Titanic, which famously sank after crashing into an iceberg nearly 107 years ago, will once again sail the Atlantic Ocean as early as the year 2022.

Construction is well underway on the US$500 million (A$700 million) Titanic II ocean liner in a shipyard in China and is on track to make its maiden voyage in the year 2022.

The vessel will be operated by the Brisbane-based Blue Star Line company, which is named similar to the original Titanic’s White Star Line shipping company, and will travel between Dubai in the United Arab Emirates, Southampton in the United Kingdom, and finally New York City in the United States. The Titanic II is intended to be a worldwide vessel, traveling between different ports as a floating tourist attraction.

Blue Star Line Chairman Clive Palmer, an Australian billionaire, and political hopeful, confirmed the Titanic II will actually cross the same path traveled by the original ship, except it will make the trip during summer. Other routes are being considered for the colder seasons.

Palmer originally announced the Titanic’s revival back in the year 2012.

The RMS Titanic is perhaps the most famous ship to set sail in history, especially because the mighty passenger liner claimed to be “unsinkable” and then sank just five days into its first voyage from Southampton to New York City on April 15, 1912.

The original vessel has been criticized for more than a century for failing to stock enough lifeboats in the event of an accident, which in the original Titanic’s sinking resulted in the death of more than 1,500 passengers and crew members who were stranded on the ship. The RMS Titanic had also suffered from a number of design flaws, inadequate safety protocols, and human error.

Several books and the 1997 Oscar-winning Titanic by James Cameron have been released to retell some of the many lessons learnt from the maritime disaster.

Palmer has responded to this by adding a number of safety measures and 21st Century technology to make the Titanic II more seaworthy than the original. A large number of extra lifeboats have been added and the hull has been widened and assembled using welds instead of rivets, giving it greater durability. Modern navigation equipment is also being installed to reduce the chance of a surprise obstacle appearing en route.

The Titanic II is also promised to feature exactly the same restaurants and dining rooms as the original. The eateries are touted to provide an authentic at-sea dining experience as if it were still 1912, including antique décor and menu choices. There will also be saunas, pools, and a Turkish bath.

If you haven’t seen this video, you should check it out now. https://t.co/QnvKDa5TGo http://t.co/MgpX5EcARb

Accommodation will be sectioned based on whether a passenger has a ticket for first-, second-, or third-class. Quarters in third-class are expected to be cheaper, albeit fairly cramped, while those in first-class will enjoy great elegance. Other class options are still being considered.

Staff is also widely speculated to wear uniforms inspired by the early 20th Century throughout the voyage.

The ship was originally meant to set sail in the year 2016 but was postponed because of a financial dispute between Palmer’s company and China-based CITIC that controlled the shipyard where the ship was under construction.

When the Supreme Court of Western Australia finally ruled CITIC should pay Palmer millions of dollars in back payments, it was already 2017. As a result, shipbuilding was paused between the years 2015 and 2018, after which the work started up again.

Sooo…on its first journey Titanic II will dock in #Townsville for a week according to @CliveFPalmer. Also I’m riding back from lunch on a unicorn 🦄🤦‍♀️#auspol @tsv_bulletin pic.twitter.com/19o9vAYaHy

Meanwhile, another replica of the Titanic is being built in Sichuan province, China. The Chinese state-funded replica is not intended to sail in open seas and will just be a tourist attraction on a reservoir in the Qijiang River. Construction started in the year 2016.

Palmer is often the subject of controversy, especially after having served as a federal Member of Parliament for Fairfax in Queensland’s Sunshine Coast between 2013 and 2016. He is now running for a seat in his home state in the Australian federal election with his “Make Australia Great” campaign that some have commented echoes U.S. President Donald Trump’s “Make America Great Again” slogan.

Clive Palmer re-launches Titanic II at a lavish dinner in Cairns. Off to a bad start, saying he’s happy to be in Townsville @9NewsQueensland pic.twitter.com/pPf8eEcS2Y

Palmer previously pioneered the Palmersaurus dinosaur-themed park in Queensland. His net wealth is this year estimated to be A$1.8 billion (US$1.2 billion), according to Forbes Magazine.

Tourists can still visit the original Titanic with a number of diving companies offering to take tourists down to the site for a fee of more than A$100,000 (US$70,913) per person.