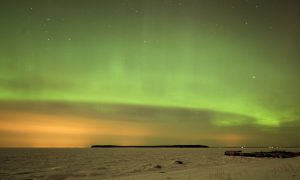 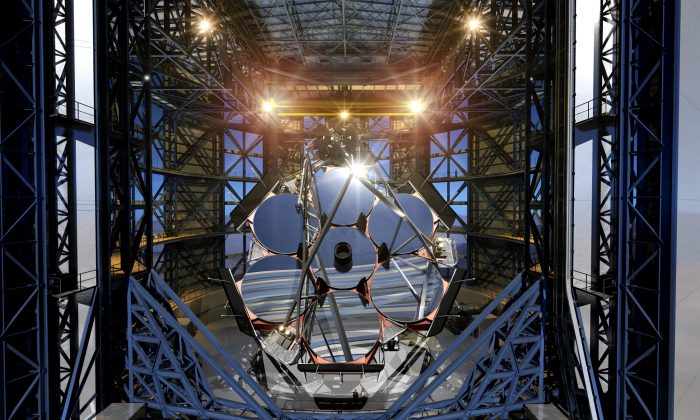 Financiers have given the green light for construction to begin on the Giant Magellan Telescope (GMT), which will become the world’s largest—and most accurate—tower telescope upon completion.

Equipped with 7 mirrors each 27 feet in diameter, the GMT will be able to capture images from distant galaxies that are 10 times sharper than those produced by the iconic Hubble Space Telescope—all done without even leaving the planet. The GMT is located on a mountain in northern Chile.

“The GMT will herald the beginning of a new era in astronomy. It will reveal the first objects to emit light in the universe, explore the mysteries of dark energy and dark matter, and identify potentially habitable planets in the Earth’s galactic neighborhood,” Wendy Freedman, professor of Astronomy at the University of Chicago, said in a statement on June 3.

The latest round of funding provided $500 million—the project needs around $1 billion in total—to build the structure of the tower telescope. Work on casting the mirrors already began in early 2012, in custom-built furnaces that withstand temperatures up to 2,100 degrees Fahrenheit, followed by a meticulous polishing process.

To avoid scrambling the faint glimmers of light from outer space, the lens of the GMT needs to be superlatively smooth. It’s commonly said that if shrunken to the same size, the Earth would be smoother than a bowling ball. For comparison, if a GMT mirror were enlarged to the width of the United States, the tallest bump would only be half an inch.

With its unprecedented optic powers, the GMT will allow astronomers to peer farther back into the earliest days of the universe, including light particles that have been traveling to Earth soon after the Big Bang 13.8 billion years ago.

The Giant Magellan is scheduled to see its first light in 2021, and be fully operational by 2024.