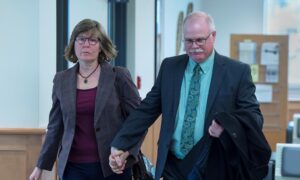 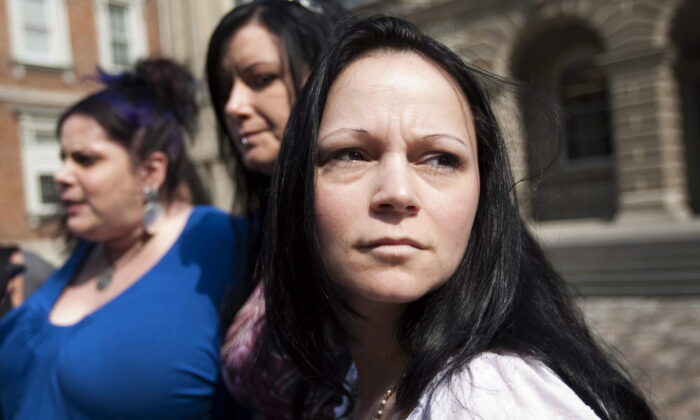 Timea Nagy (R), a former sex slave and victim of human trafficking, joins other former sex workers and activists against the legalization of prostitution while speaking to reporters outside the Court of Appeal for Ontario in Toronto, on June 17, 2011. (Darren Calabrese/The Canadian Press)
Canada

The study, released this week, was conducted by the “The Beacon of the Freed,” a non-profit organization that advocates against human trafficking, and researchers from the Cégep de Saint-Jérôme (CEGEP), a post-secondary school based in Quebec.

The findings are based on the testimonies of 185 people from different fields including youth protection workers, law enforcement, and teachers via an online survey. They were asked questions such as whether they have ever been in contact with victims of human trafficking in the Laurentians, and if they know what to do if they encounter one. Of these people, seven of them participated in focus groups for deeper discussion.

Human trafficking consists of several forms including forced labor, forced begging and domestic servitude, and sexual exploitation, which is the most common form of human trafficking at 89.8 percent, according to the study.

Among the respondents, 53 of them said they have been in contact with at least one victim of sexual exploitation during the last five years. In total, they identified 315 victims and 80 suspected cases. Of the victims identified, 64.8 percent are women and 30.8 percent are minor girls, which make them the main targets of traffickers. And 91.8 percent of the victims are Canadian citizens.

During the survey, many respondents said they didn’t really know what to do if they encountered a victim of human trafficking.