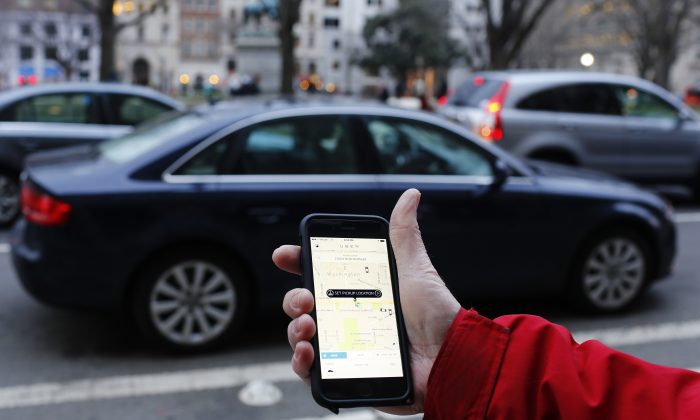 An UBER application is shown as cars drive by in Washington, DC on March 25, 2015. (Andrew Caballero-Reynolds/AFP/Getty Images)
Tech

Price Surging May Not Work the Way Uber Says It Does

Uber has long defended its controversial practice of price surging by arguing that raising fares motivates drivers to flock to affected areas to alleviate shortages. The problem is, it happens not only after sporting events, but even in times of national crisis, such as when Sydney was struck by a terrorist attack in late 2014 and prices rose by as much as 400 percent.

However, researchers at Northwestern University argue in an upcoming report that price surging does little to increase the supply of drivers in a given area, and could even push away drivers, who anticipate a sharp fall in demand due to the fare hikes.

A team led by associate professor Christo Wilson ran apps programmed to pretend to be 43 Uber customers in San Francisco and New York City, the second and third largest Uber markets in the country.

The program tracked price surges, wait times, and locations to see whether fare hikes cut down on wait time as advertised.

The researchers concluded that the system wasn’t an arbitrary price-gouging mechanism as some have suggested. Rather, price surges did fluctuate as dictated by Uber’s opaque algorithm, and correlated with longer wait times for customers.

However, the magnitude of the price hike was so large that drivers would often leave the areas with higher prices in anticipation of depressed demand, Wilson told ProPublica, a claim disputed by an Uber spokesperson.

That price surges often do little to alleviate shortages is corroborated by Uber drivers themselves. Brian Cole, an Uber driver in Ohio with a YouTube channel doling out advice to new drivers, recommends avoiding price surges because they’ll likely disappear by the time you reach the affected area.

Wilson’s advice for customers stranded in affected areas is to wait five minutes or walk around the corner.

Indeed, Uber fares could change as often as every five minutes, and Wilson’s advice for customers stranded in affected areas is “wait five minutes” or walk around the corner.

“For example, 20 per­cent of the time in Times Square, cus­tomers can save 50 per­cent or more by being in an adja­cent surge area,” the researchers wrote in their paper.

Instead of automatically calculating the density of available Uber vehicles around an Uber user, surge areas are the result of manual divisions of different parts of the city, and pricing is dependent on the supply and demand of rides in those areas.

Uber’s algorithm could also leave the door open to manipulation, Wilson said. In the course of his research, he found Uber drivers conspiring on forums to go offline in a given area to push prices up.

Wilson said that his team was developing maps of how price-surging areas are demarcated in various cities, and have already released ones for San Francisco and New York on ProPublica.