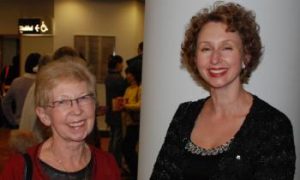 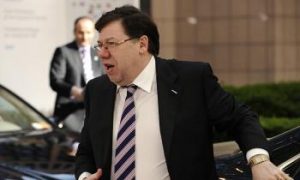 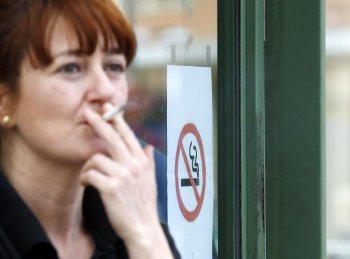 A new storybook from the Centre for Addiction and Mental Health aims to help children who worry about their parents' smoking habit. (Cesar Manso/AFP/Getty Images)
US

By Trevor Maimann
Print
With the prevalence of anti-smoking messages, kids today are hip to the dangers associated with smoking and may worry if their parents smoke.

To help such kids, the Centre for Addiction and Mental Health (CAMH) has published a storybook called “Smoking and Quitting: Clean Air for All” that will be distributed to elementary schools and public libraries across the country during National Non-Smoking Week, Jan. 16 – 22.

The book covers questions children may have, such as why their parents smoke when they know it’s bad for them, whether they themselves will get sick from the smoke, and why some people have a hard time quitting smoking.

“Kids grow up hearing about the dangers of smoking, including some messages that are really aimed at adults,” said Dr. Irfan Mian, a psychiatrist in CAMH’s Child, Youth and Family Program.

“This can cause confusion and concern for kids, especially if parents, caregivers, other family members and people they admire smoke. It’s important to talk to kids about the realities concerning smoking and encourage them to discuss their feelings. Discussing the facts is one of the most important things you can do for them.”

Aimed at the 5-10 age group, the story, with illustrations, is centered around the lives of two young male characters, friends living in the same apartment building.

After such scares as a fire started by a lighter and a pet made sick by second hand smoke, the two endeavour to make their apartment building smoke free, encountering many adventures along the way.

Produced in English and French with support from Health Canada, the book has received a recommendation from Curriculum Services Canada to be part of the supplemental curriculum.

But CAMH says it is also meant for family members to read and discuss with their children, for a child to read on her or his own, and even for adults or older children to read independently.

National Non-Smoking Week was established in 1977 by the Canadian Council for Tobacco Control. It is held toward the end of January in order to help support and encourage those who make a New Year’s resolution to quit.