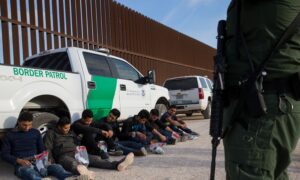 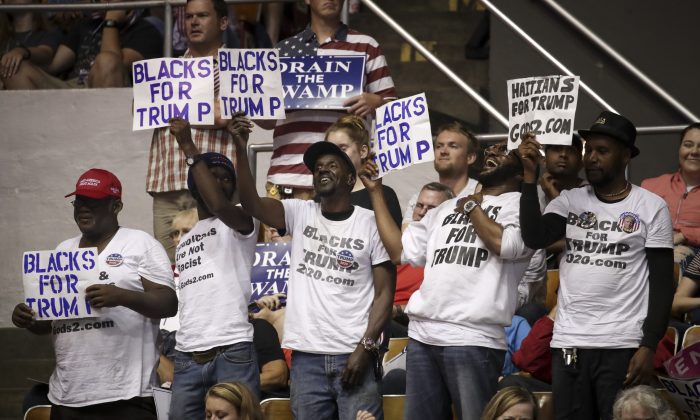 Supporters cheer as U.S. President Donald Trump speaks during a rally at the Nashville Municipal Auditorium in Nashville, Tenn., on May 29, 2018. (Drew Angerer/Getty Images)
Politics

London Lamar, a newly-elected Democratic state lawmaker for the Memphis area of Tennessee, recently recorded a Facebook live video in which she called the residents of her state “racist” and most Republican voters “uneducated.”

The 15-minute video was posted on Nov. 7, the morning after the midterm elections.

The representative for Tennessee’s House District 91 has since removed the video from Facebook, but The Tennessee Star, which originally shared the video, was able to retrieve it and post it in an article on its website. Several other media outlets also shared the video.

“Let’s just call a spade a spade. Tennessee is racist. Period,” she stated in the video.

“Most of the Tennesseans who voted Republican are uneducated. So, they don’t even know that they showed up to the polls to vote against their own interest.”

Many internet users saw the video and were unhappy with Lamar’s statements. They wondered if she would fairly represent all of her constituents and questioned if she had sources to support her statements.

“I lived in Tennessee for 28 years and this is not the way the locals feel. We believe in live and let live with races generally getting along,” commented Carol Nabors on The Tennessee Star website.

“I moved here from Florida 40 years ago and from what I’ve seen most folks, black and white, get along pretty good here in Tennessee,” wrote James D. Lowder, a military veteran, who said Lamar’s comments were divisive.

In response to the news coverage about her video, Lamar took to Facebook again on Nov. 12 and apologized for part of her comments.

“In my video I made one mistake and that was an overgeneralization of white people and for that I sincerely apologize,” she wrote in the post.

If @VoteLondonLamar made a mistake in her Facebook video which has sense been taken down, she forgot to actually cite her hard #data in accusing everyone in #Tennessee who voted #Republican of being #racist. Please post your #facts, Ms. Lamar #LondonLamar https://t.co/WJELZXGOiF

“I want nothing more to work across the aisle to assure that every Tennessean has the opportunity to fully enjoy what our great state has to offer.”

However, Lamar said she believes her state is “very racially polarized” and she felt many people voted for racial reasons.

Lamar’s website states that she is a native of Memphis and the president of the Tennessee Young Democrats. She previously served as vice-chairwoman of the Black Caucus of the Young Democrats of America, and in 2014, she ran for the office of Tennessee Democratic Party State Executive Committee for District 33.

Lamar was uncontested in the 2018 election and will take office in January.