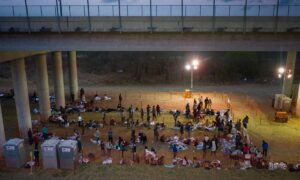 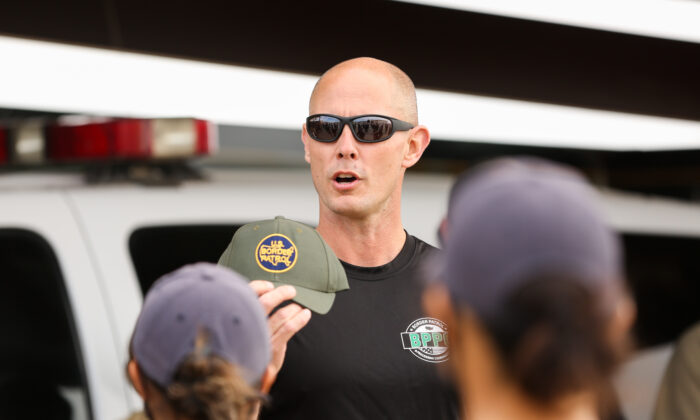 ARTESIA, N.M.—As illegal border crossings continue to escalate, a crop of newly trained processing coordinators are being sent to El Paso and the Rio Grande Valley in Texas to help get Border Patrol agents back out on the line.

The 39 Border Patrol processing coordinators spent eight weeks training in first aid, processing, transportation, basic firearms, detainee care, and other skills. The new role was developed under the Trump administration in response to large numbers of Border Patrol agents being pulled away from border security to deal with humanitarian issues.

The new coordinators are “trained specifically to be able to care for the detainee population—identifying the sensitive populations, the at-risk populations, making sure that the medical care that is needed is open to them,” said Jason Owens, chief patrol agent of the Border Patrol training academy in Artesia, New Mexico.

The coordinators won’t be armed or have arrest authority, as it’s not a law enforcement position, but some of the graduates, such as Marco Mena, have a desire to eventually train as an agent.

Mena, 27, is one of 19 graduates who will begin work inside the El Paso temporary processing facility on April 5. The other 20 will deploy to the Donna, Texas, facility.

Mena was working in IT for Best Buy when a friend told him about the job.

“I’ve always liked working with people,” Mena told The Epoch Times on April 2. “And that caregiver side of me, I want to go ahead and help. There’s a lot of unaccompanied minors, and I’d like to be able to lend a helping hand in making sure that they feel safe, that they have somewhere where they are sheltered, where they have meals, where they can rest.”

A record high of more than 19,000 unaccompanied minors crossed the border illegally during the month of March, according to reports of preliminary numbers from Customs and Border Protection (CBP).

By law, unaccompanied children are meant to be processed through CBP facilities within 72 hours, before being transferred to Health and Human Services (HHS). However, the facilities are so overwhelmed that some children remain in CBP custody for a week or more.

On April 2, CBP was holding more than 5,380 unaccompanied minors, while HHS had more than 13,000 minors in custody.

Karina Garza, 31, heard about the processing job from her neighbor, who’s a Border Patrol agent in the Rio Grande Valley.

Garza has a bachelor’s degree in psychology, majoring in child psychology, but she was working in retail management before being accepted into the processing position.

She said the instructors and other agents have told her how instrumental her role will be in alleviating the pressure at the facilities.

Owens said agents are now going to be able to return to patrol duty quicker.

“You’re about to hit the field at a time when we need you the most,” Owens said during the class graduation on April 2. “We’re going to be able to do a better job at border security. We are better able to serve the American people.”

Owens said five more classes are scheduled to be completed this fiscal year at a facility in Charleston, South Carolina. In total, Border Patrol hopes to train 1,200 processing coordinators within the next four years. The job is guaranteed for 13 months but can be extended for up to four years.

The federal training facility in Artesia trains about 1,750 Border Patrol agents per year.