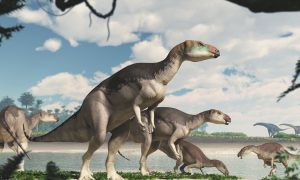 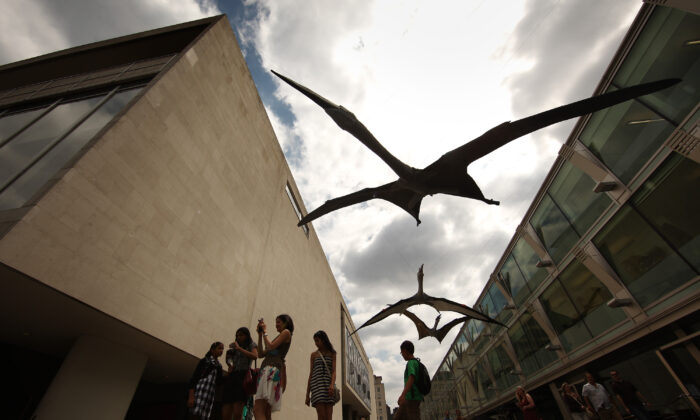 Researchers have announced that prehistoric bones found in Australia belong to a new species of pterosaur so fearsome it has been dubbed the “iron dragon.”

A cattle grazier found some fossilized remains in the outback of Queensland in 2017, sparking a broader excavation leading to the Oct. 3 announcement in Scientific Reports that the bones belong to a previously unknown species of pterosaur—a type of flying reptile.

Adele Pentland of Swinburne University, lead author of the study, told the Sydney Morning Herald where the “iron” came from in reference to the given name of this fearsome predator.

“Pterosaur bones are primarily hollow and that’s one reason why they’re so rare in the fossil record,” Pentland explained. “In this case it seems the carcass got covered with sediment very quickly and then iron-rich fluids which have permeated the bones and left behind this really tough rock which filled any voids in there and made them nice and strong.”

Sometimes colloquially referred to as a “winged dinosaur,” this species of pterosaur is believed to have lived around 90 million years ago.

“It would have been a sight to see,” Pentland said, via The Guardian.

“It had a wingspan of four meters,” Pentland added, “which is pretty big compared to our modern-day birds.”

The Iron Dragon remains—which include parts of the skull, five vertebrae, and wing elements—comprise the most complete pterosaur specimen found in Australia to date.

“Even though we didn’t find the entire skull, we found most of the skull and we also found 40 teeth and two fragments at the site,” Pentland told The Guardian. “To see it walking around on the ground it would have walked on four legs and looked really different to any kind of animal we have today.”

“It’s kind of scary when you think their heads are disproportionately large, it would have had a skull maybe 60 cm.”

Similarities between the ferrodraco and pterosaur species in England have led scientists to infer these aerial predators could fly across oceans, according to Science Alert.

Some dental characteristics led researchers to conclude the ferrodraco pterosaur is a new species.

“The presence of premaxillary and mandibular crests, and spike-shaped teeth with subcircular bases, enable Ferrodraco to be referred to Anhangueria,” the study notes. “Ferrodraco can be distinguished from all other anhanguerian pterosaurs based on two dental characters: the first premaxillary and mandibular tooth pairs are small; and the fourth–seventh tooth pairs are smaller than the third and eighth ones.”