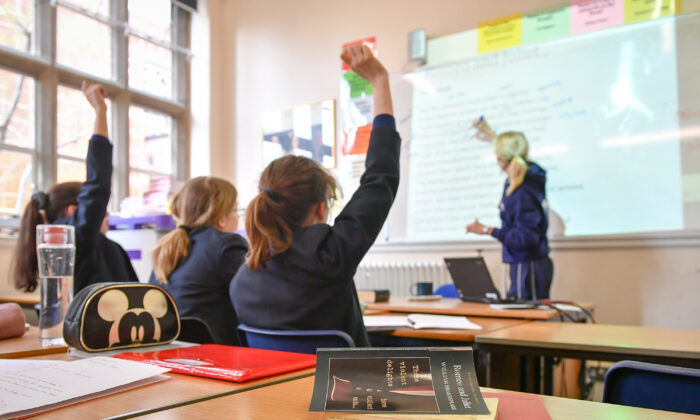 New Specialist Teachers to Get up to £3,000 Pay Raise

Teachers who are in the first five years of their careers can get a tax-free salary boost of up to £3,000 ($4,069) to teach math, physics, chemistry, and computing, Prime Minister Boris Johnson said on Wednesday.

It is to help with the recruitment and retention of specialist teachers in shortage subjects and in the schools and areas that are in most need of teachers.

Announcing the £60 million ($81.4 million) package in his speech at the Conservative Party Conference, the prime minister said the policy will “send the best maths and science teachers to the places that need them most.”

He highlighted Brampton Manor Academy, a state school in Newham, east London, as proof of “unleashing potential and levelling up.”

This year, 55 teenagers at Brampton Manor got the grades needed to study at Oxbridge—more than the offers made to Eton College pupils.

The majority of students at the inner-city state school are from ethnic minority backgrounds, in receipt of free school meals, or will be the first in their family to attend university.

Downing Street said the £60 million will come from new funding and will be spent over three years.

The “levelling-up premium” is the only new policy Johnson announced during his speech, in which he promised to lead the UK into a “high-wage, high-skilled, high-productivity, and … low-tax economy.”

“It sounds suspiciously like a repackaged initiative announced two years ago to offer early career maths and physics teachers an extra £2,000 [$2717] a year to stay in the profession, rising to £3,000 per year for those teaching in some disadvantaged areas,” Geoff Barton, general secretary of the Association of School and College Leaders, said.

“There may well be some merit in the idea of these retention bonuses, but the concern will be over exactly how this will work in practice, the scale of what is envisaged, and the fact that it seems a somewhat piecemeal approach to much wider problems over recruitment and retention in general.”

Kevin Courtney, joint general secretary of the National Education Union, said while the salary boost “is welcome,” but it “ignores the fact that there are teacher shortages across the curriculum.”

Asked if the newly announced policy was a return of the old policy, Education secretary Nadhim Zahawi said, “I’m a pragmatist when it comes to these things.”