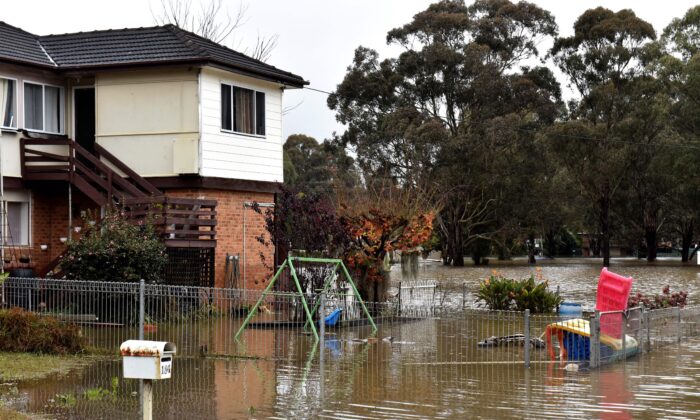 The Australian government has paid $340 million (US$232 million) in disaster support to almost 415,000 flood-affected residents in New South Wales (NSW).

The latest flood crisis has swept through many communities in the state, from the Blue Mountains to the south coast. Among the victims, some have encountered four consecutive floods in 18 months.

The government support is a one-off $1,000 payment for every adult and $400 for every child impacted by the floods. Currently, residents in 29 local council regions are eligible for the payment.

In addition, workers and sole traders losing income due to the crisis are able to receive a recovery allowance, which lasts for up to 13 weeks.

While Government Services Minister Bill Shorten admitted that the assistance payment was “modest” for those suffering damage worth thousands of dollars to their properties, he said more help was coming.

“This package of support and I should just make it clear to the people who are not flood affected, these payments are not a king’s ransom,” he told reporters in Sydney.

“What we do going forward will be the subject of cabinet discussion.”

Prime Minister Anthony Albanese announced the federal support payments on July 6, and they were available to flood victims by July 7 afternoon.

While attending a briefing on support activities at the Services Australia Smart Centre in Liverpool, Shorten said that government staff had been working around the clock and through the weekend to process the payments.

Although it is still early to calculate the total damage of the crisis, the Insurance Council of Australia said NSW residents had so far lodged 8,415 flood insurance claims, with the estimated insurance loss reaching $97.9 million.

Speaking about the flood crisis, the federal government has said that it would do more to reduce the impacts of floods in the future.

Meanwhile, flood-stricken residents are beginning to return home to assess damage to their properties after heavy rains subsided in many areas.

Around 105,000 people are allowed to return home. However, they have been advised to be mentally prepared for what they would find and reach out to neighbours for help.

Authorities have examined 2,285 impacted premises and found that 239 homes were not habitable while another 973 needed repairs.