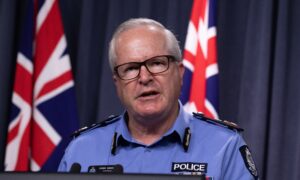 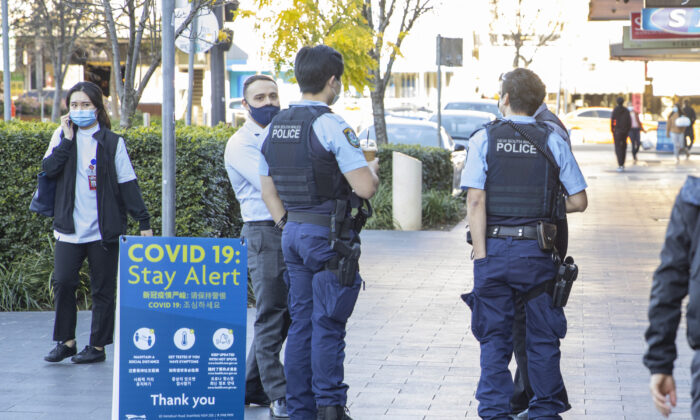 The New South Wales (NSW) government has reported 1,035 new locally acquired cases of COVID-19 and two deaths as the Delta strain continues to spread through the locked down state.

“As we have said many times, vaccination is a critical path out of our current situation,” he told reporters on Saturday.

The two people who died were a western Sydney woman in her 80s in Westmead Hospital and another in her 70s from the Blue Mountains who died at Nepean Hospital after acquiring her infection there earlier this month.

It’s the fourth death linked to an outbreak at the hospital.

The fatalities take the state’s death toll for the current outbreak to 83.

There are currently 778 COVID-19 cases in NSW hospitals, with 125 in intensive care, and 52 on ventilators.

Hazzard said there was a “lot of misinformation” on social media about the vaccine, particularly targeting women who want to have children.

It suggested there were some negative aspects of being vaccinated in terms of fertility, he said.

“I just want to confirm that the most senior health advisory service in Australia has confirmed absolutely, that there is no evidence whatsoever that a woman’s fertility or a man’s fertility would be in any way affected by having the vaccine,” Hazzard said, referring to the National Centre for Immunisation Research and Surveillance.

“Young women and girls who are contemplating having a child should understand that if they don’t have the vaccine, and they do get the virus, they may suffer from long COVID or from symptoms that would actually make it more difficult to be able to have children, and to have as many children as they would like.”

The Queensland border remains closed to people from NSW and Victoria who do not have exemptions.

Barilaro said in a statement released on Saturday that border communities such as Mungindi need to be able to access healthcare and medical supplies.

“I want this resolved as soon as possible. I’m prepared to roll up my sleeves and get this sorted this weekend,” he said.

Premier Gladys Berejiklian on Friday unveiled a plan to get kids back to school for term four.

HSC exams for NSW Year 12 students in 2021 will be pushed back to November 9, and all people working on school campuses must be vaccinated by November 8.

It comes as the Pfizer jab is officially approved for use by Australian health authorities in children aged 12 to 15.

NSW Health also on Friday announced that workers living in areas of concern need to have at least one dose of a COVID-19 vaccine by September 6 in order to be authorised to work outside their area of concern.

Care workers who live or work in areas of concern must also have had at least one dose of a vaccine by September 6 in order to attend work.

Workers aged under 16 will be exempt from the vaccine requirement.