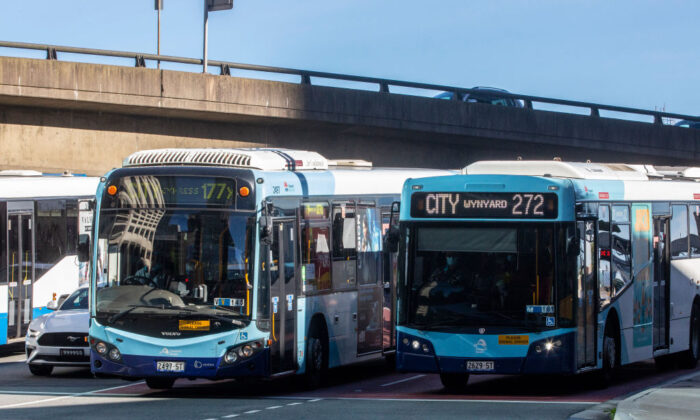 A general view of buses arriving at the Wynyard Bus Terminal in Sydney, Australia on December 23, 2020 . (Photo by Jenny Evans/Getty Images)
Australia

Public transport fares in the Australian state of New South Wales will rise by three percent from July 4, an increase Transport NSW says comes in below inflation to help relieve the cost of living pressures.

The three percent rise is lower than the 4.4 percent increase in the Sydney consumer price index to the March quarter and less than the Independent Pricing and Regulatory Tribunal’s recommended five percent increase, a move Transport for NSW Chief Operations Officer Howard Collins said keeps Opal fares across Sydney affordable.

“Opal fare adjustments for the next 12 months have been kept to a minimum and for the vast majority of our customers these fare changes will mean an increase of less than $1 a week,” he said on Tuesday.

“Instead, the fare increase has doubled from 1.5 percent last year to 3 percent this year. David Elliott’s fare increase is an insult to passengers,” she said.

This comes as residents across the state and nation feel ever more stretched, with petrol prices over $2 (US$1.40) a litre, grocery prices continuing to rise, and electricity prices set to increase in July.

Pensioners Will Be Unaffected by Price Hike

Collins stressed that any impact on heavy public transport users and pensioners would be alleviated by the Opal weekly cap and the Gold Senior/Pensioner Opal daily cap, which will be kept at current prices.

This means the weekly cap of $50 for adults, the $25 cap for youth and concession card holders, as well as the $2.50 daily cap for Gold Senior/Pensioner Opal customers will remain unchanged.

Other fares that remain unaffected are the $2 transfer discount when customers transfer from one form of public transport to another within an hour, and bus and light rail journeys up to three kilometres.

“We want our customers to continue to access affordable and convenient public transport across light rail, metro, trains, ferries and buses,” Collins said.

But Haylen argued that the cost of everything is going up while real wages are going backwards.

“Now is the worst possible time to hit passengers with a fare increase,” she said.