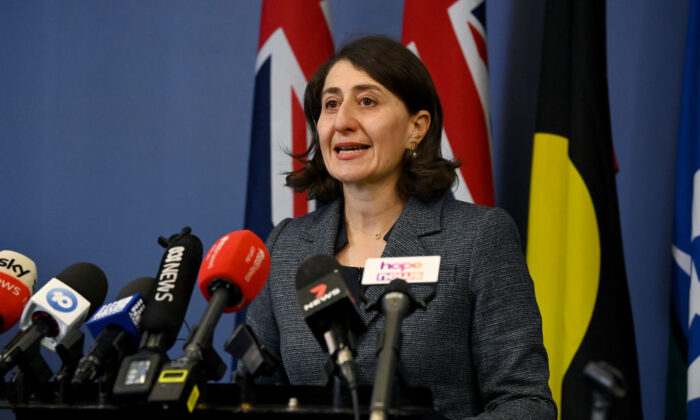 New South Wales Loses Yet Another Leader to Anti-Corruption Body

The resignation of the New South Wales (NSW) Premier Gladys Berejiklian seems to have triggered two fellow ministers to call time on Parliament.

Minister for Transport Andrew Constance says he will quit state politics for federal preselection in the marginal seat of Gilmore. At the same time, Deputy Premier and Nationals leader John Barilaro announced his resignation altogether. This will lead to three by-elections for the next leader to deal with.

Berejiklian announced her resignation both as premier and from Parliament on Oct. 1, after the Independent Commission Against Corruption (ICAC) announced that it was conducting a probity investigation arising from her relationship with former lover and ex-member of Parliament Daryl Maguire.

It has been long apparent that the Liberal Party (Australia’s major right-leaning political party) made a significant error not with establishing the ICAC body but in the powers it enjoys.

After ICAC’s attempt to take down the formidable Crown Prosecutor Margaret Cuneen S.C. was scuttled by the High Court, I wrote in a column in Spectator Australia in 2016 arguing that the NSW Parliament should abolish the agency.

I cited the words of Commissioner Megan Latham, who admitted that ICAC’s process is “fantastic … a great lot of fun … like pulling wings off butterflies.”

The two powers that ICAC should never have had and, in my view, should have been removed were to hold public hearings as if they were a criminal trial and to make findings without a trial before a judge and jury.

These offend both the rule of law and the separation of powers. ICAC is not a court and should therefore not exercise the judicial power to make a finding of guilt. The trouble has been that it looked like a court and was too often reported as if it were a court.

But rather than removing ICAC’s powers in 2016, the state Parliament rushed through bipartisan laws to validate ICAC’s excesses.

Putting aside the resignation of former Premier Barry O’Farrell over receiving a gift of a bottle of Grange wine, had the political class forgotten that the first of many innocents the monster devoured was its unsuspecting parent, former Premier Nick Greiner?

The fact is that our ancient legal system provides tried and tested machinery to deal with corruption allegations.

This is the grand jury. Unlike most of the western world, grand juries have mainly survived in the United States probably because they are constitutionally entrenched under the Fifth Amendment of the U.S. Constitution, which provides that: “No person shall be held to answer for a capital, or otherwise infamous crime, unless on a presentment or indictment of a Grand Jury, except in cases arising in the land or naval forces, or in the Militia, when in actual service in time of war or public danger.”

So if ICAC is to continue, Parliament, in my view, should abolish its powers to hold highly publicised, inquisitorial-like, show trials and declare guilt.

If, after investigating allegations of corruption, a reformed ICAC believed it had evidence to support such claims, a grand jury, chosen at random, would, under this proposal, be empanelled to consider the accusation.

After hearing the evidence, the grand jury would decide by majority whether there was “probable cause” to believe a crime had been committed. If so, the foreman would mark the indictment as a “true bill,” and the case would be heard openly by a judge and jury.

If “probable cause” were found, the indictment would be marked “no bill,” with the process forever remaining confidential.

If, instead of strengthening ICAC in 2016, Parliament had accepted my advice, the first we would have heard of the allegations against the recent Premier Gladys Berejiklian would have been if the grand jury had marked the indictment as an actual true bill and the case had gone to a judge and jury.

As to the future of the NSW government, Treasurer Dominic Perrottet from the conservative faction has become premier with Stuart Ayres, his deputy leader. Ayres’s partner is federal Foreign Affairs Minister Marise Payne and is from the Moderate faction in Liberal Party.

The first role of the new premier will be to wind up the extended lockdown Greater Sydney and NSW are currently under because of the CCP virus and then to bring the government more to the centre.

On the government’s role in confronting the CCP virus, former Premier Berejiklian has been much praised. But whatever she did, the claim she saved Australia from the virus cannot be sustained.

With the National Cabinet, she rejected the world’s best practice and chose instead the solution preferred by the Chinese Communist Party, the unnecessarily cruel and wasteful lockdown.

As a moderate, she supported all of the left-wing programmes advanced by her faction.

The next NSW state election will be held on March, 25, 2023. What will be interesting is how NSW will fare under a strong conservative premier, which has not occurred for many years in Australia’s most populous state.