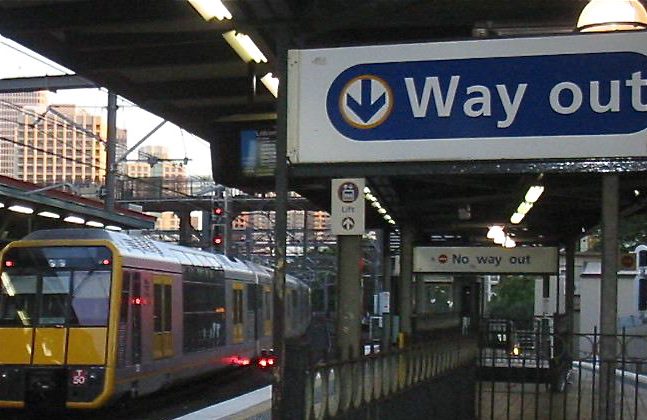 The New South Wales government in Australia has backed a $1 billion (US$708 million) rail upgrade between Sydney and the Central Coast that could pave the way for faster train services.

The state will work with the federal government on the upgrade, with $500 million (US$354 million) to be set aside in June 21’s state budget, Premier Dominic Perrottet says.

In the run-up to May’s federal election, Labor pledged $500 million of Commonwealth funds to a scheme to link Sydney and Newcastle with fast rail services.

The NSW government announcement on Saturday, focused initially on the Sydney-Central Coast link, will improve the Tuggerah-Wyong connection and include new electrified tracks, rail bridges over the Wyong River and station upgrades.

The pledge is subject to agreement with the federal government.

Perrottet said planning for the project would start later this year and it represented preliminary work that would allow faster rail to operate on the lines with further major investment.

“You can’t build great cities without building significant transport infrastructure and we think that this billion dollars from the state and federal government will lay that foundation and set up further investments as we move forward,” he said.

Four potential routes had been identified for a future NSW fast rail network, include a “northern corridor” stretching from Sydney to Gosford, Newcastle, and Port Macquarie.

Perrottet said the travel times were the “future vision,” but he did not put a timeline on the introduction of fast-rail services on the route.

“We’re doing the work today, and half a billion dollars shows that commitment,” he said.

Committee for Sydney chief executive Gabriel Metcalf welcomed the move towards upgrading the link, saying a commitment from NSW meant state and federal governments were “now working together to deliver on fast rail.”

“Getting on a trip from Gosford to the city in 25 minutes and Newcastle under an hour will be a game-changer for commuters, students, and many others,” Metcalf said in a statement.

“As we emerge from two-and-a-half years of disruption and lockdown, this is a project that will get people inspired about Sydney’s future and kickstart our economic recovery.”

But the NSW Labor opposition said the announcement came too late, following 12 years of “inaction and broken promises on faster, and high-speed rail.”

Labor said the government had failed to act on the issue four years after commissioning an independent report to investigate options on high-speed rail.

“Dominic Perrottet is the third Liberal premier in 12 years to call for faster or high-speed rail before an election,” NSW Opposition Leader Chris Minns said in a statement.

“The people of NSW will take a look at this and say to Premier Perrottet … you’ve had 12 years, this is too little, too late.”

Parliamentary Secretary for the Central Coast Adam Crouch welcomed the action, which builds on a federal government infrastructure commitment in the region.

“This investment will help improve the capacity and reliability of the intercity network, and will make journeys to and from our region faster and easier for Central Coast commuters,” Crouch said.

“This is in addition to the $300 million investment in the state-of-the-art rail maintenance yard in Kangy Angy, which has helped create over 90 full time jobs for Central Coast locals.”