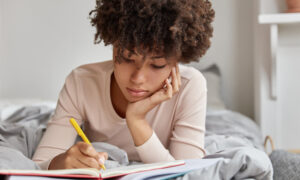 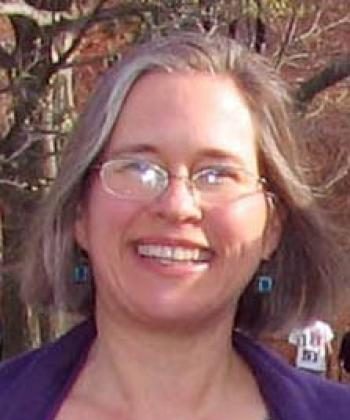 A Green Thought in a Green Shade

By Molly A. Daniels-Ramanujan
Print
Every morning since spring, I have watched Tina Nilsen-Hodges walk past our windows and up the rise to pursue her dream of starting a New Roots Charter School in Ithaca, New York.

Having been a life-long educator myself and having experienced first-hand the flaws of both public and private education, I found the raging controversy over the New Roots Charter School unavoidable and inevitable.

The measure of the worth of Nilsen-Hodges’s idea of secondary education suitable for the 21st century, and her vision of a multi-pronged, sustainability-inspired, hands-on interdisciplinary secondary education can be gauged from the extent of the coverage of the controversy for and against New Roots in the local papers.

An article by Anne Marie Cummings in the Tompkins Weekly, Sept. 7, shows that two who have led the opposition will continue their efforts against New Roots. I was able to reach one of them, Corinne Frantz, and she stated her objection as follows: “A decision was made to start a charter school in Ithaca where there are no failing schools.”

I interviewed several persons: Elan Shapiro, who teaches social justice and sustainability in Ithaca College; Aileen Fitzke, and Julia Morgan, parents, and others. Listening to them, I concluded that the opposition has been on a fishing expedition to find grounds to pull down New Roots.

Finally, I talked to Jayson Rome, a teacher at New Roots and at Ithaca College. He said,
“Tina Nilsen-Hodges is one of the most amazing persons I have ever met. She is a constant inspiration with her words, her wisdom, and her work.”

I asked him the same question I asked everyone else: What is behind the shifting grounds for opposing New Roots?

Rome replied, “I suspect that New Roots is a direct threat to their power structure.

If New Roots succeeds, why couldn’t they have succeeded?”

“The opposition has aligned themselves with some wealthy landowners, rental-property owners, who gain nothing from higher school taxes. New Roots offered to have a school within the regular school system, but the opposition flat-out rejected the offer,” Rome said.

On the surface, they accused New Roots of being elitist, of being undemocratic, of not being transparent enough, of taking away funds from the regular school system, of not leaving well enough alone, and so on for months.

I asked Nilsen-Hodges, “What drives you? How do you feel? You have taken on an impossible task. How do you hope to turn around 13-year-olds, since 40 percent were perceived as inattentive in the school system? “

Nilsen-Hodges: “I feel calm and tired. I work non-stop, day and night. I have endless reserves of energy. I have a team of people who share this energy.”

“The New Roots School Board and the teachers understand that for a transformational education, students have to be actively engaged: finding ways of taking responsibility about the new global environment, reducing our carbon footprint, learning from working close to nature, and understanding how we got here—our history—and making choices towards sustainability.

“I believe that our Ecovillage partnership with Ithaca College (where I teach) can offer our students maximum participation,” she said.

I asked her: “Who was your role model growing up? What made you resign your work as a teacher in the regular school system and give your life to bringing about a change in secondary education?”

“I grew up on the outskirts of Binghamton, in a semi-rural area,” she said. “My childhood was nurtured by the woods, streams, and rocks around my home. I walked in the streambed—it was a place of meditation and physical activity.

“My grandmother, who lived nearby, was my role model. She came from Norway, leaving behind brothers and sisters. She was the glue that held the families together on both sides of the Atlantic.

“I was a quiet student. I earned good grades, but I was deeply disappointed that my school relied on passive information and nothing was required of me. I wanted to create a model for secondary education that combined the best practices in sustainability education with what has been proven to support the quality of education.”

Some people have greatness thrust on them; others work hard and attain greatness. Tina Nilsen-Hodges is reaching her fullest potential fueled by a mysterious force that is taking her uphill.