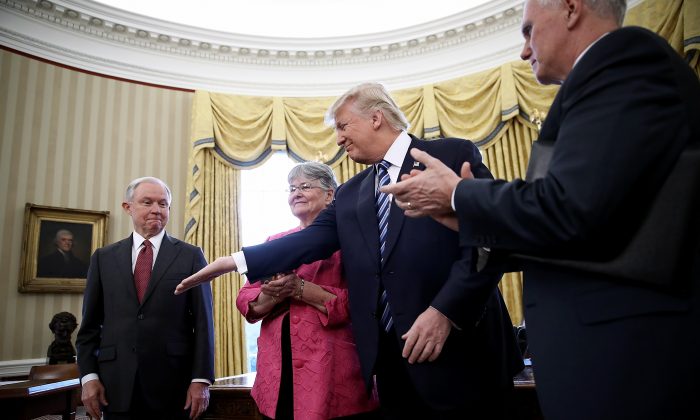 A new poll from Reuters shows that more people approve of President Donald Trump than disapprove.

Another 2.7 percent have “mixed feelings.”

The Reuters poll is largely consistent with a daily tracking poll from Rasmussen Reports, which shows that 53 percent approve of Trump’s job performance and 47 percent disapprove.

“The latest figures include 38% who Strongly Approve of the way Trump is performing and 39% who Strongly Disapprove,” the latest Rasmussen report on Thursday said.

Meanwhile, in another Rasmussen poll, only 29 percent of likely voters think that protesting will change Trump’s policies. Another 66 percent of voters “think Trump is unlikely to change his policies because of the protests, including 25% who feel he is not at all likely to do so,” it said.

“Most voters blame disagreements between Trump and congressional Democrats on politics alone but don’t think the ongoing protests against the new president are going to make any difference,” Rasmussen also found.

The Reuters poll has a margin of error of 2.5 percentage points.