New Retirement Visas Could Be Game Changer for Expats in UAE 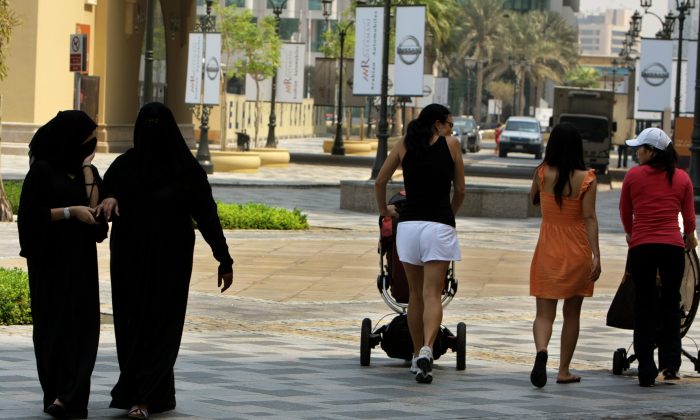 DUBAI, United Arab Emirates—For entrepreneur Farah Anwar, Dubai has always been home. The 30-something Indian expat has lived her entire life in the country and knew this place long before it became a glamorous tourist spot, expat haven, and business hub.

Anwar, co-founder of Ashraf Electronics and board member of the Dubai Computer Traders Association, has a unique perspective, having witnessed the Dubai before and after its remarkable growth over the last 20 years.

Her descriptions of the Dubai of her childhood and adulthood sound like a tale of two cities—one of a simple life in a small desert town and another of a bustling metropolis and melting pot of diverse cultures.

Many UAE-born expats like Anwar are quite accustomed to living in a place with a transient population. However, more foreigners than ever who are coming to the United Arab Emirates (UAE) for work are increasingly deciding to stay for the long term.

A new visa to be introduced next year by the UAE government may make it easier for expat retirees to maintain their residency status.

It’s not hard to see why the UAE continues to attract expat talent and businesses from around the world. The country enjoys political stability, abundant sunshine, while also offering several other advantages such as the lack of income and corporate taxes.

Yet the immigration system currently in place functions in a way that requires employers to sponsor their expat employees, meaning that the residency status of foreigners and their families is completely dependent on their employment status.

This can create some challenges, especially in the event that expats are no longer employed, or approaching retirement.

There seems to be light at the end of the tunnel for expats who want to stay longer, with the UAE government recently announcing the approval of a new five-year renewable visa for expat retirees over the age of 55.

Currently, residency visas linked to employment are valid for two or three years, while visas for domestic workers are valid for one year. The cost and procedures associated with renewing and canceling visas have been highlighted by business owners as an area of challenge for some time. Also, under current laws, once someone’s visa is canceled, they have to leave the country within 30 days.

Children born in Dubai take on the citizenship of their fathers, so those born to expats, like Anwar, are also subject to the same rules as newly arrived expats.

“We are already in a country that has second- and third-generation expats living in the UAE who know no other home. So it was about time a formalized process was introduced,” Anwar told The Epoch Times.

“People need to be able to lay down roots here and not view it as a stop-gap destination to migrate somewhere else or a cool ‘foreign work stint’ for a few years.”

With more expats than ever buying property with the intention of staying in the UAE for the foreseeable future, it is only natural that the regulations evolve to meet the demands of the country’s expats who make up more than 80 percent of the population.

Keren Bobker, a senior partner at Holborn Assets, a UAE-based financial services company, says the introduction of the retirement visa demonstrates that the UAE is interested in a certain demographic staying in the country for the long term.

“For people who really do not want to return to a home country, for say political reasons, or due to conflict, then this may be an ideal solution—if they have the funds to fit criteria. It is, however, a positive start and I would expect to see changes to the legislation in future years,” Bobker said.

Encouraging more people to settle down in the UAE could reap economic benefits, especially within the real estate market, which remains an attractive destination for foreign investors but has seen a decline in recent times.

When combined with additional measures, Craig Plumb, head of research at JLL MENA, a real estate and investment management firm, says the new visa for retirees could help support the UAE’s property market in the medium to long term.

While the Dubai property market is the most transparent in the Middle East and North Africa region, the emirate still has a long way to go to achieve the same level of transparency that exists in major cities such as London, New York, and Hong Kong.

Geetanjali Kaul, an Indian expat and co-founder of Dubai-based startup TurtleCard, has lived in the UAE for 11 years. She says she expects more expats like herself will explore their options in the country before they decide on making a move or settling down in their home countries.

Smaller companies and startups can find it difficult to constantly innovate to stay ahead of the competition, maintain sustainable growth, and bear the high costs associated with trade licenses and residency visas for their employees. Having the option of long-term visas, Kaul says, will help eliminate some of these obstacles and enhance the UAE’s reputation as a top hub for global talent.