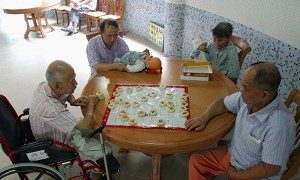 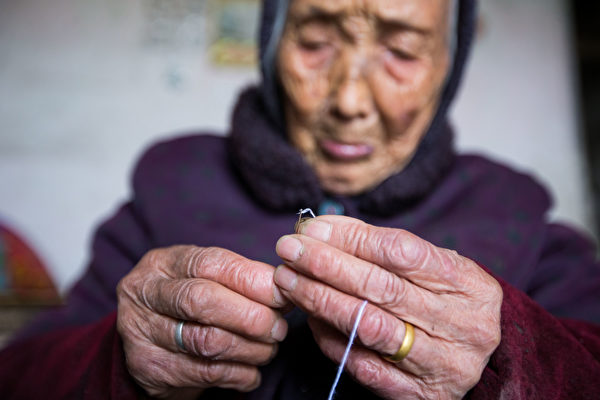 China is experiencing a crisis with its aging population.

On Jan. 26, Chinese Aging Well Association, a non-profit organization, and Peking Union Medical College, one of China’s top medical institutions, published their first research paper on senior health in China, pointing out that the aging of China’s population is ahead of the country’s pace of economic development, posing severe risks and challenges to society.

The senior health research report claimed that China is now in a state of “getting old before getting rich”: by the year 2026, when the population’s aging becomes acute, it would be difficult for China to “get rich” based on current economic growth trends.

The parameter for “getting rich” is having the real GDP per capita reach $5,000 to $10,000 or above—the benchmark most developed nations reach by the time their populations have begun aging.

The senior health research paper also predicted that, from 2015 to 2050, the proportion of China’s total expenditures on pensions, medical care, senior care, and welfare will increase from 7.33 percent to 26.24 percent of the country’s GDP—placing a heavy burden on the central authorities’ finances.

China’s rate of aging is apparent in the numbers.

Recent data from China’s National Bureau of Statistics revealed that the birth rate in 2018 was 10.94 (total number of live births per 1,000 in a population in a year), the lowest since 1949, when the Chinese regime began keeping records.

Chinese media have cited the following calculation: if the population of those 60 years old and above increases at the same rate of about 8 to 10 million annually, this demographic will reach 340 million in about ten years. By then, every two working-age individuals will have to support one senior.

The declining birth rate, coupled with the shrinking of China’s working-age population, presenting a challenge to China’s economic growth.

Qin believes that based on the current data, the Chinese government cannot afford the financial burdens posed by the aging population—if the costs of senior care will increase by more than 18 percentage points of the GDP, as the recent report claims.

” In the current situation, the Chinese regime is not in a position to allocate a good sum of money into senior care programs, as most of the money is consumed by the government authorities,” he said.

Qin pointed out that the Chinese regime has so far encouraged citizens to invest in the senior healthcare industry, but it is not a true solution to the fiscal problem.

Meanwhile, Xue Chi, a scholar on China issues, believes that the country is already in a crisis.

He pointed out that the Chinese regime’s one-child policy has distorted the natural laws of population development, skewing the demographics severely. Without the one-child policy, it is unlikely for a normal population to develop into such a high proportion of seniors as in today’s China, he said.

In addition, he explained that the Chinese regime’s communist ideology has destroyed traditional values of filial piety and providing care for the elderly, with more people choosing to shift the responsibility of elderly care to the government.