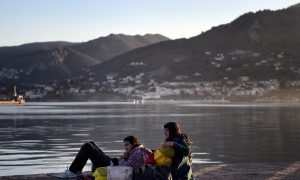 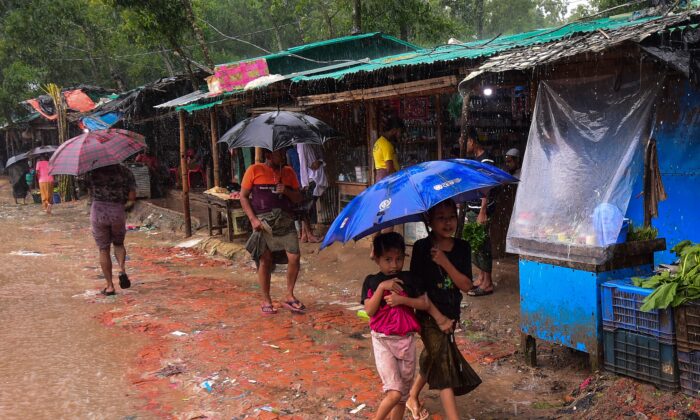 Rohingya refugees shelter under umbrellas as they walk through the Kutupalong refugee camp in Ukhia on Sept. 12, 2019. (MUNIR UZ ZAMAN/AFP/Getty Images)
Trump Administration

New US Refugee Limit 18,000; States, Cities Have to Opt-In to Resettlement

“This proposed ceiling takes into account the ongoing security and humanitarian crisis on our border and the massive asylum backlog, which now includes nearly 1 million individuals,” the administration said in a Sept. 26 statement.

In addition, the administration expects more than 350,000 new asylum cases in fiscal 2020.

“It would be irresponsible for the United States to go abroad, seeking large numbers of refugees to resettle, when the humanitarian and security crisis along the southern border already imposes an extraordinary burden on the U.S. immigration system,” the State Department said in a statement.

While refugees and asylees must meet the same criteria and are granted the same benefits, refugees must apply outside of the country, whereas asylees claim credible fear once inside the United States.

Trump also has introduced new criteria for accepting refugees, which breaks down the 18,000 into: 5,000 who are subject to religious persecution; 4,000 Iraqis who have assisted the United States in national security; 1,500 from Central America; and 7,500 for all others.

The official refugee admissions numbers for 2020 will be issued after consultation with Congress.

“Proper controls are vital, as many refugees come from countries that are known sources of terrorism or lack the modern recordkeeping to help us identify their nationals,” the White House said in a statement. “Law enforcement has apprehended a number of alleged terrorists in recent years who passed through our refugee program.”

Perhaps the biggest proposed change is that states and cities will now have to opt-in to receive refugees in their area. Trump issued an executive order on Sept. 26, saying that although the administration does consult states and localities, some see it as insufficient.

“I have consulted with the Secretary of State and determined that, with limited exceptions, the federal government, as an exercise of its broad discretion concerning refugee placement accorded to it by the Constitution and the Immigration and Nationality Act, should resettle refugees only in those jurisdictions in which both the State and local governments have consented to receive refugees under the Department of State’s Reception and Placement Program,” the executive order states.

The executive order gives relevant agencies 90 days to implement a workable plan, and the secretary of state is to publicly release the written consents of states and localities to resettlement of refugees.

The Department of Health and Human Services (HHS) spent more than $96 billion on programs supporting or benefitting refugees between 2005 and 2014, according to White House data. HHS surveys show that 45 percent of refugees arriving between 2011 and 2015 were receiving cash assistance and 49 percent were receiving Medicaid.

Most of the United States’ refugee aid goes to assisting refugees in the areas where they are concentrated after displacement, for example, Bangladesh, Colombia, and Turkey, according to the State Department.

“Most displaced people seek to return home as soon as they can,” the State Department said in a statement. “Their efforts to rebuild their communities after a safe and voluntary return helps lead to the recovery and stability of affected areas, which serves America’s foreign policy interests.”