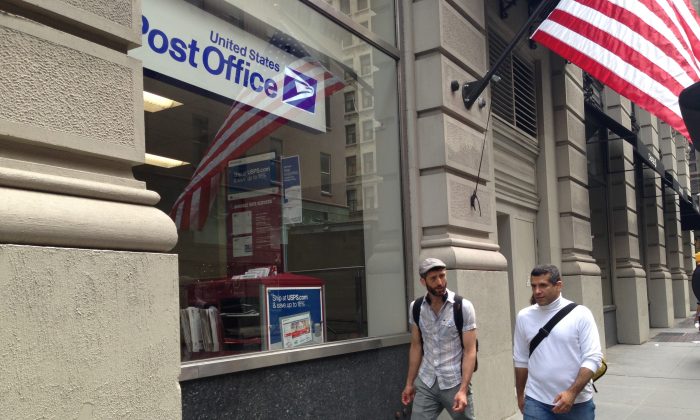 NEW YORK—A new post office opened near Madison Square Park on May 20. The new location is called the Greeley Square Post Office and is located on 27th Street between Broadway and Fifth Avenue.

The new post office was relocated from 39 West 31 Street, which was also called the Greeley Square Post Office, according to Connie Chirichello, Corporate Communications for the US Postal Service (USPS) in New York City.

“We relocated the retail station because a new lease could not be negotiated with the landlord,” Chirichello said.

The USPS has not closed any post offices in New York City, but is considering several for relocation, according to Chirichello.

ElAd Properties converted the building to 195 luxury apartment in 2006. The most recent recorded closing, was a two-bedroom apartment sold for $2.2 million in February.