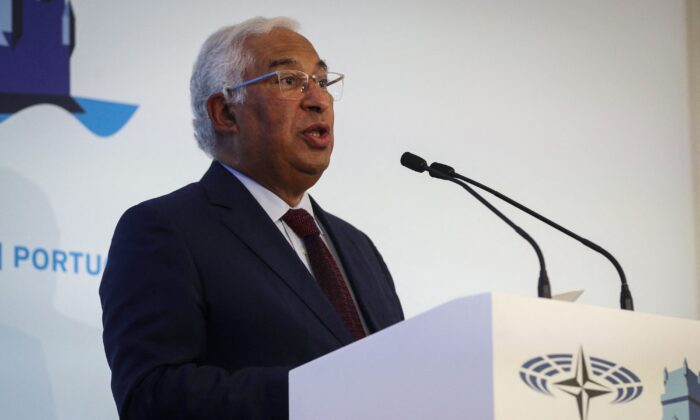 The Portuguese government on Tuesday announced a number of new restrictions that will be enacted over the Christmas holidays and the New Year, citing the spread of the Omicron variant.

The southern European country has one of the world’s highest vaccination rates against the CCP (Chinese Communist Party) virus—around 87 percent of its 10 million population is fully vaccinated.

The slew of restrictions will last for at least two weeks and will start on the night of Dec. 25. They include making working from home mandatory and shutting nightclubs and bars.

Also, a negative test result must be shown until at least Jan. 9 prior to entering Portuguese restaurants, hotels, cinemas, theaters, sports events, among some other indoor settings, regardless of people’s vaccination status.

“This still isn’t the normal Christmas we are used to,” Prime Minister Antonio Costa said during a press briefing. “If we do not adopt these measures now, the consequences on everyone’s lives will be much worse after Christmas and the New Year.”

The government also announced there will be a limit of 10 people per group on those who wish to celebrate New Year’s Eve at an outdoor gathering.

Costa said he initially meant to enact most of the new CCP virus restrictions announced on Tuesday after the holidays, but he was forced to implement them ahead of time due to the current situation of the pandemic and rise in Omicron cases.

In Portugal, nearly 50 percent of new COVID-19 cases are from the Omicron variant, the national health institute said in a report on Tuesday.

A number of studies suggest that Omicron, a more contagious but less deadly strain of the CCP virus, can bypass the COVID-19 shots, though some health experts have said a booster dose may provide some protection.

Health Minister Marta Temido said last week Omicron infections were doubling every two days and could account for 80 percent of all new cases by the end of the month.