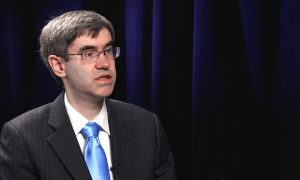 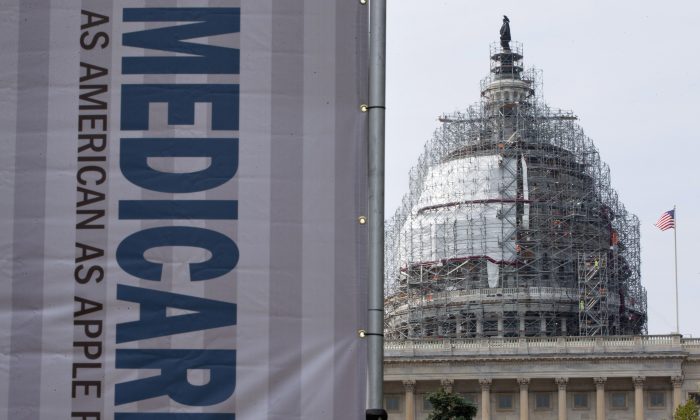 It might sound like a good way to win votes in the next presidential election, but a new poll highlights that “Medicare-for-all” is far from the preferred health care policy to win the White House in 2020.

Most voters in a Wall Street Journal/NBC News poll indicated they support a health care plan that would broaden a public option but maintain the private insurance industry.

Sixty-seven percent of registered voters said they would prefer that people under 65 have an option to buy health care coverage through a Medicare program, while also keeping private insurance options on the table, in the poll released Sunday.

Among those registered voters surveyed only 41 percent of them support a single-payer “Medicare-for-all” system that would eliminate the private health insurance industry completely.

These types of proposals are more popular among Democratic voters. But even within Democrats, keeping a private insurance option is more widely supported.

The survey found 78 percent of Democratic voters said they support allowing people under 65 to have the option to buy health care coverage through a Medicare program.

Health care and health insurance proposals have been a key issue for Democrats trying to get the presidential nomination.

The results of this recent poll oppose the proposals of progressive candidates Senators Elizabeth Warren (D-Mass.) and Bernie Sanders (I-Vt.), who both support a “Medicare-for-all” system that would eliminate the private health care industry.

Others 2020 hopefuls, including Sen. Kamala Harris (D-Calif.) and South Bend., Ind. Mayor Pete Buttigieg (D), have proposals that would expand Medicare for more Americans but keep private options open for those who want it.

Although Biden acknowledged his own plan would cost a lot of money—$734 million—he said it is nowhere near the projected cost of Medicare for All.

“How we gonna pay for it? I wanna hear tonight,” he said on Sept. 12 at a debate in Houston, Texas.

House Speaker Nancy Pelosi (D-Calif.) has said that 2020 Democratic presidential candidates should focus on revising Obamacare rather than attempting to reinvent healthcare with “Medicare for All.”

When questioned by CNBC’s “Mad Money” host Jim Cramer on Sept. 17 on how Democrats should approach healthcare and spending in the United States, Pelosi didn’t support the proposals for Medicare for All that a number of other Democrats have made.

Medicare for All, a proposal that would give greater control of the health industry to the government, is projected to cost $32.6 trillion over 10 years, according to one estimate.