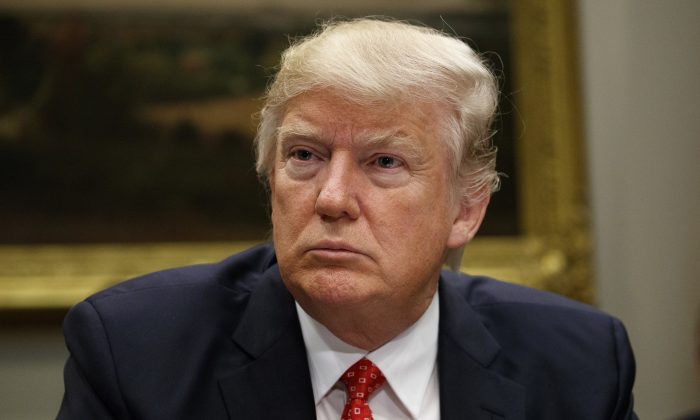 President Donald Trump listens during a meeting with county sheriffs in the Roosevelt Room of the White House in Washington, Tuesday, Feb. 7, 2017. (AP Photo/Evan Vucci)
US

The results are based via telephone surveys of 500 likely voters each night, and there is a sampling error of 2.5 percentage points.

“That’s down a point from the previous week and down two points from the week before that which was the highest level of optimism in over 12 years of regular surveying. By comparison, the weekly finding was in the mid- to upper-20s for much of 2016,” Rasmussen noted in the poll, which surveyed 2,500 people and has a margin of error of 2 percentage points.

A Fox News poll found that 48 percent approve and 47 percent disapprove of the president. About 87 percent of Republicans approve, and about half of independents, or 52 percent, approve. Only 10 percent of Democrats approve of Trump. That poll is based on interviews with 1,013 voters with a margin of error of 3 percentage points.