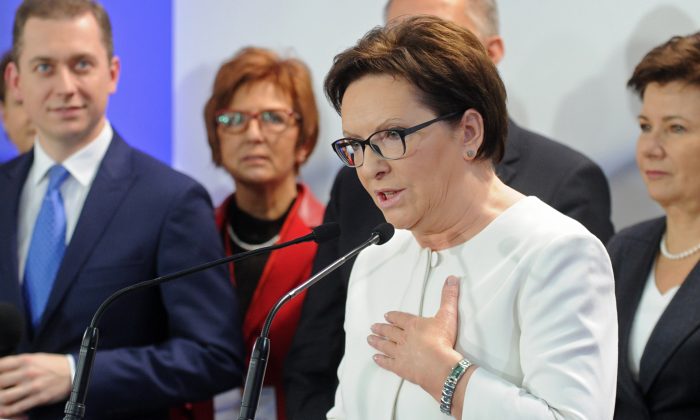 WARSAW, Poland—Poland’s new conservative government has shut down the website of a state investigation into the 2010 plane crash that killed President Lech Kaczynski, reopening debate over the disaster.

Law and Justice, the conservative party that took power last week, is led by Jaroslaw Kaczynski, the late president’s twin brother. Kaczynski and other party leaders have long disputed the findings of investigators who declared the disaster an accident.

They have suggested possible foul play by Russia and accused Europe Council President Donald Tusk, and then the Polish prime minister, of negligence connected to the disaster.

A government spokeswoman, Elzbieta Witek, said Wednesday that she feels Tusk should face a top court, the State Tribunal, over his actions, but then insisted it was only her private view.

Earlier in the week, the government shut down the website set up by the investigators, whose findings are disputed by Law and Justice.

“The website has been closed and will simply remain closed,” Prime Minister Beata Szydlo said on Tuesday.

Members of the new government believe that Tusk, who was prime minister from 2007-2014, didn’t put enough emphasis on the security for President Lech Kaczynski. They also blame him for not insisting on an international investigation into the April 2010 crash, which killed 96 people, and for failing to ensure the return of the plane’s wreckage.

Poland and Russia carried out separate investigations, both of which found that the plane crash in fog near Smolensk, Russia, was an accident. Both reports cited mistakes by pilots, while the Polish investigation also pointed to mistakes by Russian air traffic controllers.

The wreckage of the plane remains in Russia, with Russia refusing calls by Poland to return it. Moscow says it is still analyzing the wreckage, but the refusal to hand it over has infuriated many in Poland and fueled suspicions that Russia is trying to hide something.