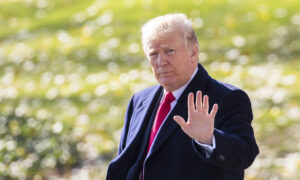 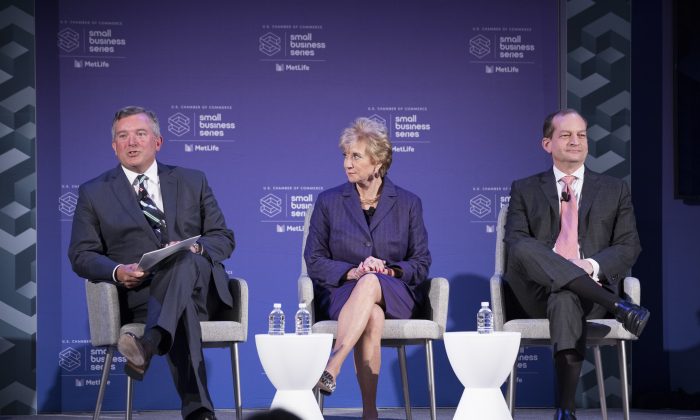 Speaking at the U.S. Chamber of Commerce’s small business summit on Oct. 3, Labor Secretary Alexander Acosta said several chambers, farm bureaus, and associations throughout the country have already started to offer health plans to their members.

“This is only a month in, and we’re already seeing a lot of pickup,” he said.

The Department of Labor released new rules for association health plans (AHPs) that went into effect on Sept. 1. The regulations are intended to support the Trump administration’s initiative to make affordable health insurance more accessible to small businesses by enabling them to band together.

“Under this approach, chamber of commerce and industry associations have the authority to almost stand in the shoes of small and midsize businesses and offer healthcare as if they were the employer,” Acosta explained.

Small business owners can benefit from economies of scale, bargaining power, better pricing, efficiency, and expertise by being part of the large group health-insurance market. They can reduce their health care costs by as much as 40 percent, he said.

“That is transformative for so many small businesses that may not have the opportunity to offer health care.”

Many small-business owners face high health insurance premiums and limited coverage options due to the Affordable Care Act, also known as Obamacare. Now, through these plans, they can gain many advantages enjoyed by large employers.

Speaking at the event, Small Business Administration head Linda McMahon said even the tiny businesses—the sole proprietors—can now for the first time band together with peers and get access to plans that weren’t previously available.

These are tools for small businesses—as they are always competing with bigger businesses—to help them recruit and retain employees, she said.

The U.S. Chamber of Commerce called the Trump administration’s reform a “victory” for small businesses.

The Department of Labor now is working on a regulation that applies the same concept to 401(k) plans, said Acosta. The proposal would allow small businesses to pool their resources to offer retirement plans for their employees.

“Only 14 percent of small businesses have set up retirement plans for their employees,” he said.

The draft rule was sent to the White House for review and is expected to “come out within the next several weeks or months.”

In addition to these proactive policies, Trump’s deregulatory efforts will continue, according to Acosta.

“There is much more to come,” he said, adding that the president’s regulatory agenda for 2019 will be issued in the next couple of weeks.

According to McMahon, overregulation poses significant problems for small businesses.

“I don’t hear much about specific regulations, but I often hear about the volume of regulations,” she said.

Small business owners “don’t have time and money to hire a legal team and accounting team to help them be aware of all the regulations,” she said, adding that there are some rules that don’t even make sense.

She gave an example of how some businesses are affected by certain regulations.

“I was in Connecticut visiting a small firm that does nickel plating. So, there are a lot of chemicals involved in the operations,” she explained.

The owner had told her that regulations were very important because of the business’ nature. Officials from regulatory agencies once had visited the firm, she said, and found “absolutely nothing” wrong except for the signs of the men and women restrooms at the company’s facility. She said the businessman had to pay $5,000 simply because the size of the restroom signs wasn’t in line with the regulatory requirement.

The complexity of the rules, the difficulty of interpreting them, and costs of compliance hinder entrepreneurship and innovation, studies show.

A 10-percent rise in federal regulations is associated with a 0.5 percent decline in the number of small firms, while the impact on large firms is statistically immaterial, according to a report by the Mercatus Center at George Mason University

Dustin Chambers, a senior affiliated scholar with the Mercatus Center, wrote that the overall cost of regulations is substantial but “there is new and disturbing evidence suggesting that smaller businesses shoulder a disproportionate share of the compliance costs borne by private industry.”

“If you look forward into the upcoming year, you’re going to see a lot more deregulation in addition to some great proactive policies,” said Acosta.