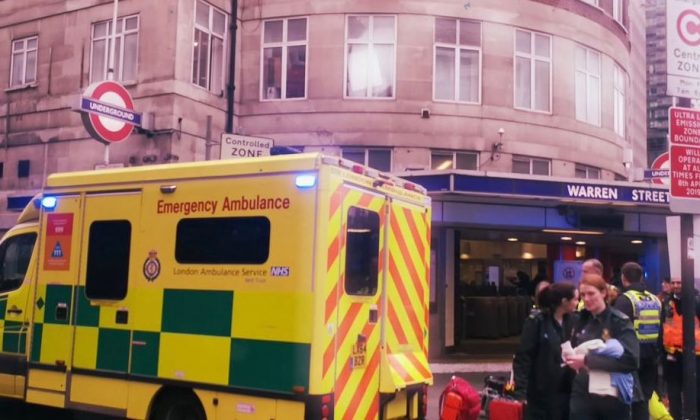 Warning: Photos may be disturbing to some viewers.

An 11-year-old English boy received serious injuries after allegedly being placed in a so-called “roundabout of death.”

According to Lincolnshire Live, the boy, Tyler Broome, had to undergo counseling earlier this year after he was injured in an attempt to recreate a YouTube stunt.

The report said an older boy tried to copy a video.

“The motorcycle was laid next to a play park roundabout and the back wheel of the vehicle was used to spin it at a great speed while Tyler was sat on it,” the report said.

Tyler got sick and passed out before he was rushed to the hospital.

Doctors said that he suffered injuries known as “redout” after he suffered extreme negative G-force. As a result, he was left with a potential risk of stroke, the report stated.

His mother, Dawn Hollingworth, said the child has since recovered but he still has to attend counseling sessions.

“Tyler has still not seen the video, he simply refuses to watch it whenever it is mentioned,” his mother said. “He has made a full recovery since the incident and has since started playing rugby since January this year. The club have been very understanding about what Tyler’s went through and have made sure that he doesn’t suffer a bad head injury.”

She added that their “concern now is how he recovers from the incident mentally, but we won’t see how much it will affect him until he gets older.”

“The only thing you can do as a parent is just take it in your stride and hope this doesn’t affect his adult life,” she continued.

The Independent reported that the boy suffered injuries that is normally only experienced by fighter pilots or astronauts. It is believed that the high G-force forced blood and fluid into his skull, damaging his vision.

His mother described the purported video of the incident.

“Tyler sat on the roundabout, and the boy who came over was about 17. Tyler doesn’t know him, they are not friends,” she said. “He puts his motorbike on the floor, gets the roundabout spinning at such a speed. When they all stopped, the group just cleared off – it is bullying.”

Hollingworth said she believes the teens saw a video of a similar incident on YouTube, which has millions of views.

“There needs to be some discussion about banning these videos after what’s happened to my son,” Hollingworth said, adding: “I feel so frustrated that there is such a site like YouTube where bloggers get paid for putting such ideas and videos into young children’s heads.”