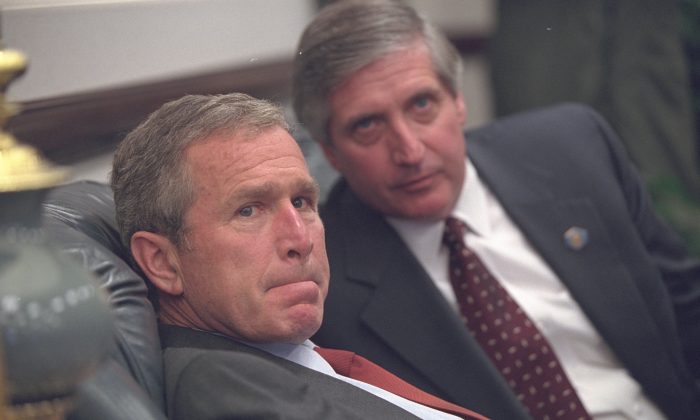 The collection shows Bush at an elementary school in Florida as he found out about the terrorist attacks. The images follow the president as the day unfolds, in one of the darkest moments in United States history. He is seen meeting with advisers, watching the news after planes hit the World Trade Center, and preparing for his address to the nation after the attacks.

The images were released by the George W. Bush Presidential Library and Museum on May 6, and is the third batch released via a Freedom of Information Request from “Frontline.”

The photographs were taken by Eric Draper, who was President Bush’s personal photographer.