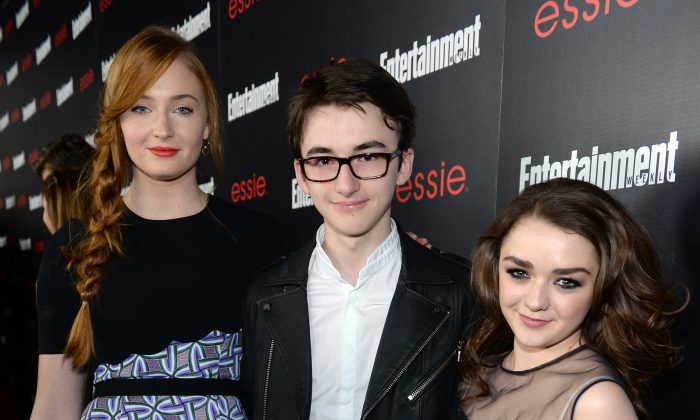 Bran, played by Isaac Hempstead-Wright, took a year off from the show, and he looks quite a bit different.

Bran Stark is back for #GameOfThrones season 6 and he’s grown up A LOT: https://t.co/o8TgCZowyn pic.twitter.com/irqfOGSxlj

Bran was last seen in season 4 in the cave of the Three-Eyed Raven as he was trying to master his powers.

Now, at 16 years old, Hempstead-Wright has grown a lot in the meantime. He now has shorter hair.

According to Entertainment Weekly, Hempstead-Wright indicated the next season of Game of Thrones will include “some Inception-like storytelling to show us parts of the history of Westeros that we never thought we’d get to see.”

“When I first heard the news Dan and David wanted to have a chat with me, I was like, ‘Oh no!’ ” said Hempstead-Wright. “Usually that’s to tell you [your character is] dead. So comparatively, missing a season was like, ‘phew!'”

And Hempstead-Wright confirmed his return to the HBO series earlier in 2015, telling the Irish Examiner that “I am back this season and it’s going to get particularly interesting with Bran … he has some interesting visions.”

Why Bran Stark will play a huge role next season on ‘Game of Thrones’ https://t.co/KSeIlxQWIY pic.twitter.com/KNoIbKnMp8

Earlier this month, HBO released a trailer that shows what Game of Thrones characters are back for the upcoming season.