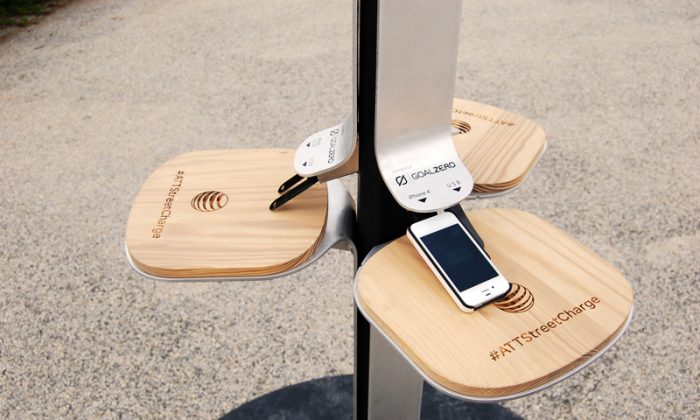 People can charge their phones at solar-powered charging stations across the city, provided for free by AT & T.

The Street Charge project was inspired by work during Hurricane Sandy, when the company set up mobile charging stations in areas of the city that were left without power.

“We realized charging was the missing ingredient during the day,” Neil Giacobbi, who helps with gifts, sponsorships, and programs in the New York region for AT&T, told Cnet.

“All too often, we hear the dreaded low-battery beep and it happens at the most inconvenient times,” Goal Zero CEO Joe Atkin said in a statement sent to PCMag. “Street Charge will fix that.”

The stations are at the following locations, although not all are operational yet. The ones in italics are confirmed as operational; the others will be brought online between now and the end of summer.