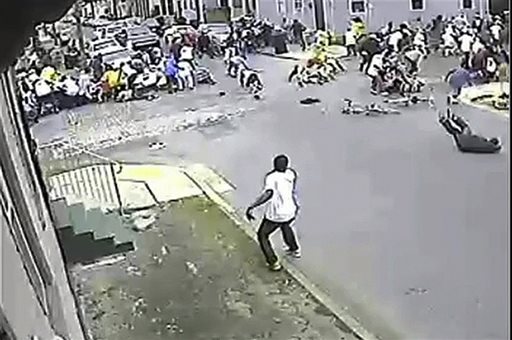 “The important thing for Akein Scott now is to turn himself in,” Serpas said, adding that Scott was identified by more than one person.

Serpas said it is unclear if Scott was the lone shooter. Police said there were reports of three shooters.

Scott has a criminal background that includes possessing of a firearm and resisting arrest, reported NBC News.

“I want to remind you that two children were struck in this incident,” Serpas said, according to the broadcaster. “And if you choose not to tell the police what you know, then you’re choosing to stand with those who shot those children.”