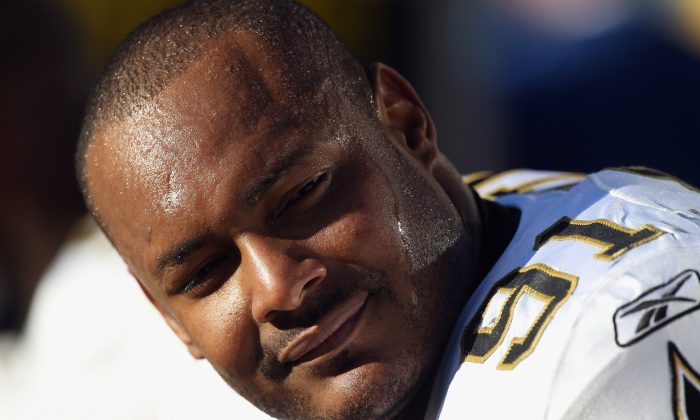 Will Smith, formerly of the New Orleans Saints, made one Pro Bowl appearance during his nine years in the league. (Streeter Lecka/Getty Images)
NFL

Cardell Hayes was charged with second-degree murder Sunday, New Orleans police say. Smith, who played nine seasons in the NFL, was shot after the driver of a vehicle hit Smith’s SUV, and the driver and Smith exchanged words, police say.

Mourning the loss of a great friend and teammate, Will Smith. Such a senseless tragedy. Please pray for Racquel and their children.

RIP Will Smith may the lord have mercy on your soul at the gates of heaven you were a great man… https://t.co/nuuDvniqDc

Prayers and condolence sent out to Will Smith #RIP and his beautiful family! So sad man. Good dude he was man!

A great father, husband, leader and friend. Photos of Will Smith:http://bit.ly/1N2CrlM