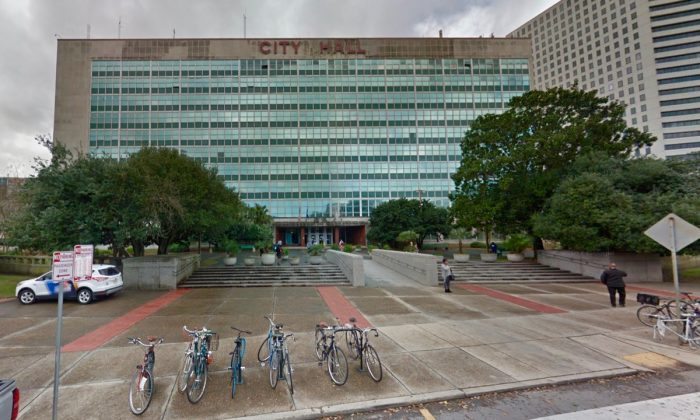 A man in New Orleans continues to collect speeding tickets from his parked vehicle beside his home.

A glitch in a nearby camera pointed in the direction of his house captures his license plate every time a driver speeds down the same part of the street. He’s even gotten speeding tickets when police vehicles speeded passed his parked car, WWLTV reported.

“When I’m guilty, I’ll pay it, but this is getting to be a nuisance,” Donald Schulz told WWLTV.

For every one of those tickets he has to spend time in city hall explaining the situation, again and again. At one point two years ago, a contractor adjusted the camera so it pointed away from his vehicle.

But in March, it was repositioned again, and the problem tickets returned. A spokesman for the mayor told WWLTV that the city would not readjust the camera again, WWLTV reported.

“If it was in front of the Mayor’s house, he’d take care of it,” Schulz told WWLTV.

Schulz’s incorrect tickets go through two layers of approval before the get sent to him. First, a speeding camera technician gives approval, and then a police officer approves, according to WWLTV.

Photos from the speeding camera in question show an image with two cars in the image. One is the car in motion, presumably speeding, and the other is Schulz’s parked vehicle. His parked vehicle gets chosen to receive the ticket, according to WWLTV.

“It’s a nuisance; I’ve had to take time out of my day several times and go down there and correct the situation,” Schulz told Fox News. “It got so bad that years ago I even had a [telephone] number of a person [in the traffic violations office] so that if I called them directly I didn’t have to go down there.”

The fines range in price from $75 to $110. Schulz’s sister and mother have also received speeding tickets for parking in front of the house, according to Fox. The city said technicians dealing with speeding cameras will receive more training in vehicle identification, according to 4WWL.

Schulz said that the problem isn’t limited to him, and that have been others caught in the same way by one of the other 55 cameras used to catch speeders in New Orleans, Fox reported.