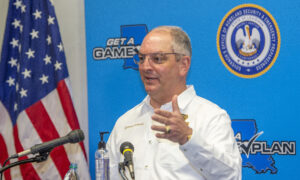 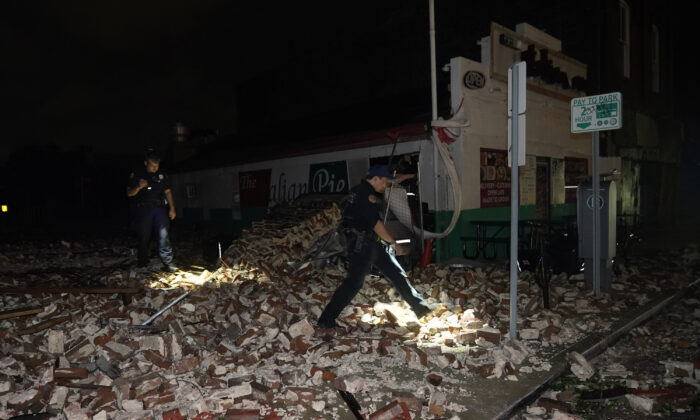 The city of New Orleans imposed a curfew following Hurricane Ida in a bid to prevent looting and other crime, according to Mayor LaToya Cantrell.

Cantrell, in a press briefing on Tuesday, said that the city’s police and the Louisiana National Guard will enforce the curfew. The mandate, according to her order, lasts from 8 p.m. until 6 a.m. starting immediately.

“There’s absolutely no reason for anyone to be on the streets of the city of New Orleans,” Police Chief Shaun Ferguson said at the briefing, referring to the curfew.

Ida, which made landfall in southeastern Louisiana as a Category 4 hurricane with 150 mph winds, ravaged New Orleans’ power grid, knocking out power for more than 1 million people across the metropolitan area. The city’s 911 service was also knocked out, prompting officials to ask residents who are seeking help in need of an emergency to find their nearest police officer or fire department, although some reports said that 911 service was restored in some areas.

“It is somewhat, to me, an embarrassment to have a small group of individuals take these unnecessary actions while our city is very vulnerable,” Ferguson said. “We are all in dire need, and we have to reach out and lean on one another to get through this together,” he added.

New Orleans’ levee system appeared to remain intact during the hurricane, but the storm knocked down all eight power transmission lines that drive electricity into the city. Some officials, including Louisiana Gov. John Bel Edwards, predicted that restoring power back to all of New Orleans and the surrounding areas would take weeks.

Utility Entergy, meanwhile, said on Tuesday night that some power was restored to areas in New Orleans.

“I got a report last night at about 10 p.m. and we are making great progress in Orleans. We are about 65 percent assessed. So we are doing pretty good,” Entergy spokesman John Hawkins told WDSU. “We are also making repairs, so as we start bringing on additional substations and bringing in additional sources, that we are able to start reenergizing, so we are doing things in parallel, so that we can cut down the amount of time that needed on the back end,” he added.

The remnants of Ida, which has been downgraded to a post-tropical cyclone, is now making impacts across the mid-Atlantic and northeastern United States, where it is expected to bring heavy rains from Wednesday until Thursday.