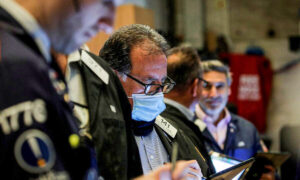 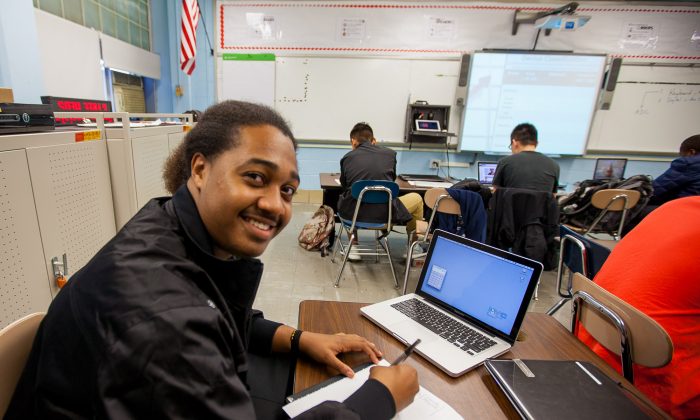 NEW YORK—In the ’80s, Career and Technical Education (CTE) high schools evoked a place for low-achieving students and easy graduation. But in the past five years, a new squadron of CTE schools emerged, eager to break the stereotype and prepare students for college and careers.

The Bloomberg’s administration supported CTEs with a vision of schools cooperating with industry partners, such as IBM supporting P-Tech, a CTE in Brooklyn President Barack Obama visited in October. But new ones are popping up every year, with an eye on industries that are looking for better-educated workers.

Teaching What the Market Wants

The Urban Assembly School for Global Commerce (UASGC), a CTE high school in Harlem, opened just two months ago. It’s one of the first in the country to offer an education in supply management and freight logistics.

According to Principal Erin Gehant, the old CTE model was missing an authentic connection to the industry. “We gathered a bunch of [business] partners together and said, ‘What do you need our kids to do really well when they graduate and come to you?’”

The partners include Port Authority of New York and New Jersey, New York City Economic Development Corporation, CSX Corporation, and “essentially everyone who is involved in trade and transportation management in New York City,” Gehant said.

As every school in New York state, UASGC had to align its curriculum to federal Common Core standards this year. Gehant said the new standards encourage “grounding learning in a real world context … in the context of an industry” which fits well into the new CTE school model.

The New York City College of Technology in Brooklyn is just one block away from the City Polytechnic High School of Engineering, Architecture, and Technology (CPHSEAT).

The school is part of the Early College Initiative, launched in 2002 by the nonprofit, Jobs for the Future. As such, it has a university partner, the City University of New York’s College of Technology (City Tech), which offers a two-year associate degree program.

Students graduate in three years instead of the usual four, so the curriculum for the first three grades is covered in the first two years. In the third year, students spend one day a week in college classes at the City Tech. “Some students, after three years, already have six to ten college credits,” said Ian Campo, English teacher and college adviser at CPHSEAT or “City Poly.”

According to Wendy Cheng, architecture and civil engineering teacher, her students do 3-D modeling and prototyping, build scale models, and test them through simulation programs, and in the third year they design their own products.

One of the third year students, Stephen Tripodi, sees his future in civil engineering. He did an internship over the summer at School Construction Authority, where his computer drawings were used in actual construction projects. “The program I learned here is the exact same thing I had to do for work,” he said.

Tripodi could feel the demanding pace of the school. The schedule is tight and there’s homework every day. “We’re doing four semesters of Global History in one year,” he said. “Everything is fast.” But he’s stepping up to the challenge. “If you work to keep up, then you will keep up,” he said.

School Principal Yusuf Muhammad is emphasizing the Common Core. “Everything we do aligns with the standards of New York State. There’s no going around that,” he said. This year, the school will do six Common Core assessments to see how the students are doing before the state tests in June.

“I know there is the perception that CTE schools are not as rigorous,” Muhammad said. “But if you have to prepare kids for college in three years, you have to be rigorous.”

According to Muhammad an educational nonprofit, the National Academy Foundation (NAF), helped to develop part of its CTE curriculum, so that it’s Common Core aligned. “Common Core heavy emphasis is on skills so it’s a lot easier for our school,” he said. “You can apply so much of the general education learning in the CTE courses.”

Certified and Ready for Work

April McKoy was nervous about the idea of a new CTE school. Growing up in the ’80s in New York, she remembered CTEs as a place for struggling minority students. “They were just thrown in there,” she said. But in the end, backed by Urban Assembly school network, she wrote a proposal to DOE for a CTE technology school. “[A school] I would want my own son to attend,” she said.

She became a principal at Midtown Manhattan’s Gateway School for Technology, 1 of 20 schools in the Urban Assembly Network.

Currently in its third year, the school has 389 students and committed to its small school model, it plans to limit the number to less than 500.

Before the start of a school year, school administrators visit families of every freshman to learn about the students, explain what students can expect, and allow parents to get to know them personally.

After the first year students can choose one of three directions: Digital design and animation, IT and systems, or software engineering.

Kayon Pryce, a CTE graduate himself, teaches IT and systems. After plowing through the theory, students get a chance to build a desktop PC from scratch and also participate in an after-school program called the “Mouse Squad,” helping the teacher fix the school’s computer network.

“I love this school,” said Andre Moona, a 10th-grader in Pryce’s class. By next year he will have his CompTIA A+ Certificate, which will enable him to work as an IT technician. Still he plans to get an IT specialized college degree as well.

Ariel Pearson, in her third year, used Photoshop to create an illusion of a UFO crash site to complete her class assignment. “It’s hard in the beginning,” she said. “But as you learn different tools and different easy ways how to go around it, it’s easy.”

Pearson specializes in design and animation and is working on getting the Adobe Creative Suite certification this year, so she can use her Photoshop skills in the senior year internships. She can also get certified for the Autodesk Maya—animation software that was used for creating the “Avatar” movie.

The software development course concludes with the AP Computer Science Exam, challenging the students’ knowledge of Java and C++ programming languages, among others.

As for the Common Core requirements, McKoy was confident. The Urban Assembly helped the school with adjusting the curriculum, but she said it wasn’t something completely new for the teachers. “It’s been around for quite a while,” she said and praised the Common Core materials for being “laid out really well.”

Instead, for her, maintaining Gateway’s CTE program in the fast paced industry is challenging. “At any point our curriculum can change,” she said, pointing out it “has to be dictated by what’s current.”

Despite the difference in approach, each of the reinvented CTEs shares a focus on business partnerships and preparation for college. “The new model and design of CTE schools is, in my opinion, just more effective and more realistic,” McKoy said. “It’s college and career ready. And what’s better than that?”