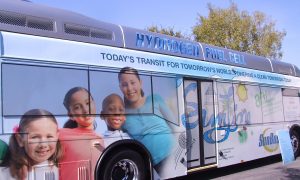 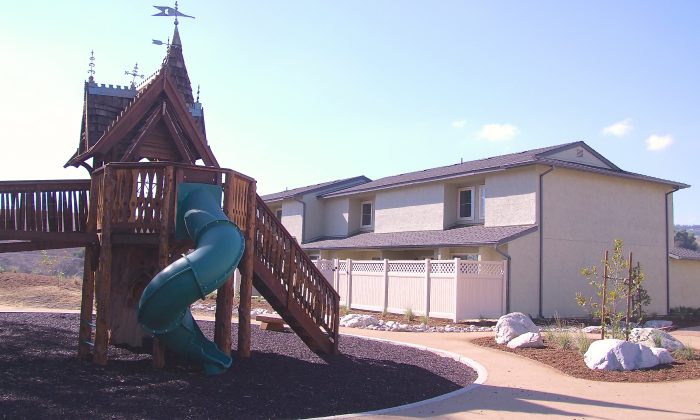 Construction is underway on a housing project for homeless women veterans in San Pedro, Calif. on Nov. 19. (Sarah Le/Epoch Times)
US

SAN PEDRO, Calif.—A development of 73 two-bedroom town homes for homeless veterans and their families in San Pedro, Calif., should be finished in a couple of weeks.

It will be the first permanent housing in the United States that targets female veterans.

“We thought for a long time. ‘What would be the best and highest use for this [land]?'” said Orlando Ward, the executive director of public affairs at Volunteers of America, Greater Los Angeles (VOALA).

Volunteers of America (VOA) is spending nearly $20 million on the houses, which will be called Blue Butterfly Village after the endangered Palos Verdes blue butterfly that is native to the area.

The organization is currently compiling a list of women who are interested in the housing, and will soon begin the occupancy permit and application processes. It said it will accept males who are heads of households, but only if not enough females qualify, which is not expected to happen.

Over half of the units will cost only 30 percent of the occupant’s salary, according to The National Equity Fund, one of the funding organizations, and it projected in an Augustreport that the average rents would initially range from $100–$900. Residents can stay as long as they want. There are no maximum stay restrictions.

“It’s an exceptional project,” said Heidi Bendetson, founder of nonprofit group Designed From the Heart. “It’s hard to not cry when I think about it, because especially, I’m a mother, and I have children.”

Bendetson and a team of more than 100 lay and professional volunteer designers will be designing the interiors of the furnished units to make them unique and feel like homes.

Bendetson is hoping to give the homes to the female veterans as the “world’s biggest Valentine’s Day gift” on Feb. 14, 2015. VOALA estimates they will be ready later in the spring.

VOALA was awarded the nine acres of land, a former Navy base, through the McKinney–Vento Homeless Assistance Act, a federal law that provides resources for shelter programs for homeless or those at risk of becoming homeless.

The project will have targeted services for the female veterans, such as mental heath services and child care. Four units are wheelchair accessible, and two are designed for the hearing-impaired.

“What was really intriguing and uplifting for me, is that I have female veterans calling in, saying ‘When is it going to be ready? When can me and my children move in?'” said Ward.

VOA says it hopes this will become a national model for female veterans who “valiantly served this nation with distinction and who now need our help to fortify their families and pursue their own American dreams.”