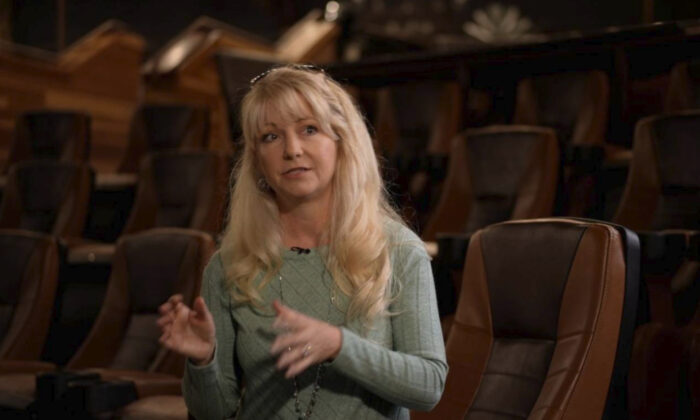 “Washington’s Armor” is the heroic tale of George Washington at a young age trying to establish his life, Tammy Lane, director of the film said on EpochTV’s “Crossroads” program.

“He is looking to advance himself in his military career, his social status, he wants to be in with the social elite.”

The movie is also about how Washington dealt with difficult situations such as going into a battle for the very first time and facing the prospect of killing people, Lane said.

The story starts when Washington was about 21 years old and at that time the English and the French were vying for American soil. The American Indians were siding with either one or the other depending on whichever one could best suit their survival.

The feature film is the first full-length episode of a trilogy about Washington. In this first volume, titled Washington’s Armor “The Journey,” he undergoes expeditions where no one else would dare go and risks his life multiple times to protect the British land from the French.

Washington’s experiences during the French and Indian war are chronicled in the book “The Bulletproof George Washington” by David Barton, which inspired Lane to make the movie.

This story was once found in student textbooks but is no longer there, Lane said. “This is a great story. I really think it needs to be told.”

Washington’s miraculous survival and perseverance when he had to go through so much with all odds being against him drew Lane’s particular attention.

“God miraculously protected him in things that you would just not believe,” Lane said. He did not get injured or killed even though he was shot at several times, she added.

“I think, if God has a purpose for your life … then he’s going to protect you until you fulfill that purpose,” Lane said, “That’s what he did with Washington, because Washington had a very big purpose that he had to eventually become the first president of the United States.”

Lane said that she wanted to help people by providing some moral lessons in her film based on Washington’s experiences “because our morals are just becoming destroyed.”

“Washington was a moral person and he had a strong sense of character, duty, and integrity,” Lane said, adding that “integrity is something that’s been lost.”

The director also said that she wanted to “portray people being people. Washington made mistakes. He wasn’t perfect by any means. He made a lot of mistakes, but it’s just humanity.”

Lane explained that she wanted to stay to the truth in history as much as possible when making the film. However, there is adventure and romance in the story and if something is not known then the filmmakers assumed what most likely might have happened and put it in the movie, the director said.

The whole filmmaking crew did a lot of research to adhere to historical details, including consulting reenactors and historians, Lane said. When making costumes and props they really tried to be as accurate as possible, she explained.

For example, “one costume for Washington [was] made out of the exact material, down to the buttons and everything,” Lane said.

“The actors love having the historically correct stuff so they can really kind of get into their character and feel what it was really like.”

The film “Washington’s Armor” was released on Presidents’ Day on Epoch Cinema and will be streaming exclusively on EpochTV.com until March 31, 2022.