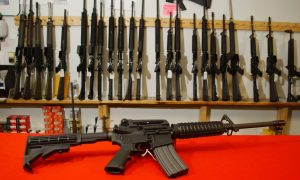 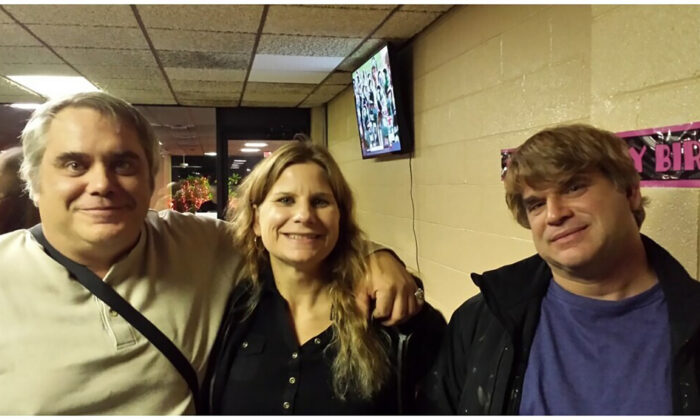 This photo provided by John Michels (L) shows his brother Paul Andre Michels (R) posing with his sister Sarah Michels and himself, in Allen Park, Mich., in October 2015. (John Michels via AP)
Crime and Incidents

One was a new mother taking a rare break from caring for her baby girl. Another was an Army veteran who installed security systems in the Atlanta area.

They were among eight people killed Tuesday in shootings at three metro Atlanta massage businesses. Police have charged a 21-year-old man with the slayings.

Seven of the slain were women, and six of them were of Asian descent. Authorities have not released all of the victims’ names but did identify 33-year-old Delaina Ashley Yaun, 54-year-old Paul Andre Michels, 44-year-old Daoyou Feng, and 49-year-old Xiaojie Tan, who owned one of the massage businesses.

Here is a look at some of those who died in the deadliest mass shooting in the United States since 2019.

It was planned as a day for Yaun to relax.

Yaun and her husband arranged for someone to care for their 8-month daughter while they headed to Youngs Asian Massage Parlor. Family members said the couple were first-time customers, eager for a chance to unwind.

They were in separate rooms inside the spa when the gunman opened fire. Yaun was killed. Her husband escaped unharmed.

“They’re innocent. They did nothing wrong,” Yaun’s weeping mother, Margaret Rushing, told WAGA-TV. “I just don’t understand why he took my daughter.”

Yaun’s husband could hear the gunfire inside the spa but was helpless to save his wife, said Dana Toole, Yaun’s sister.

“He’s taking it hard,” Toole said. “When you’re in a room and gunshots are flying, what do you do?”

Michels owned a business installing security systems, a trade he learned after moving to the Atlanta area more than 25 years ago. He’d been talking about switching to a new line of work.

Michels never got to settle on a career change. He was fatally shot at Youngs Asian Massage Parlor along with three others.

“From what I understand, he was at the spa that day doing some work for them,” said Michels’s younger brother, John Michels of Commerce, Michigan.

Paul Michels also might have been talking with the spa’s owner about how the business operates, his brother said, because he had been thinking about opening a spa himself.

“His age caught up to him. You get to a point where you get tired of climbing up and down ladders,” John Michels said. “He was actually looking to start his own massage spa. That’s what he was talking about last year.”

Paul Michels grew up in Detroit in a large family where he was the seventh of nine children. His brother John was No. 8.

Though they were born 2 1/2 years apart, “he was basically my twin,” John Michels said. Both enlisted in the Army after high school, with Paul joining the infantry.

A few years after leaving the military, Paul followed his brother to the Atlanta area in 1995 for a job doing low-voltage electrical work, installing phones and security systems. He also met his wife, Bonnie, and they were married more than 20 years.

“He was a good, hard-working man who would do what he could do to help people,” John Michels said. “He’d loan you money if you needed it sometimes. You never went away from his place hungry.”