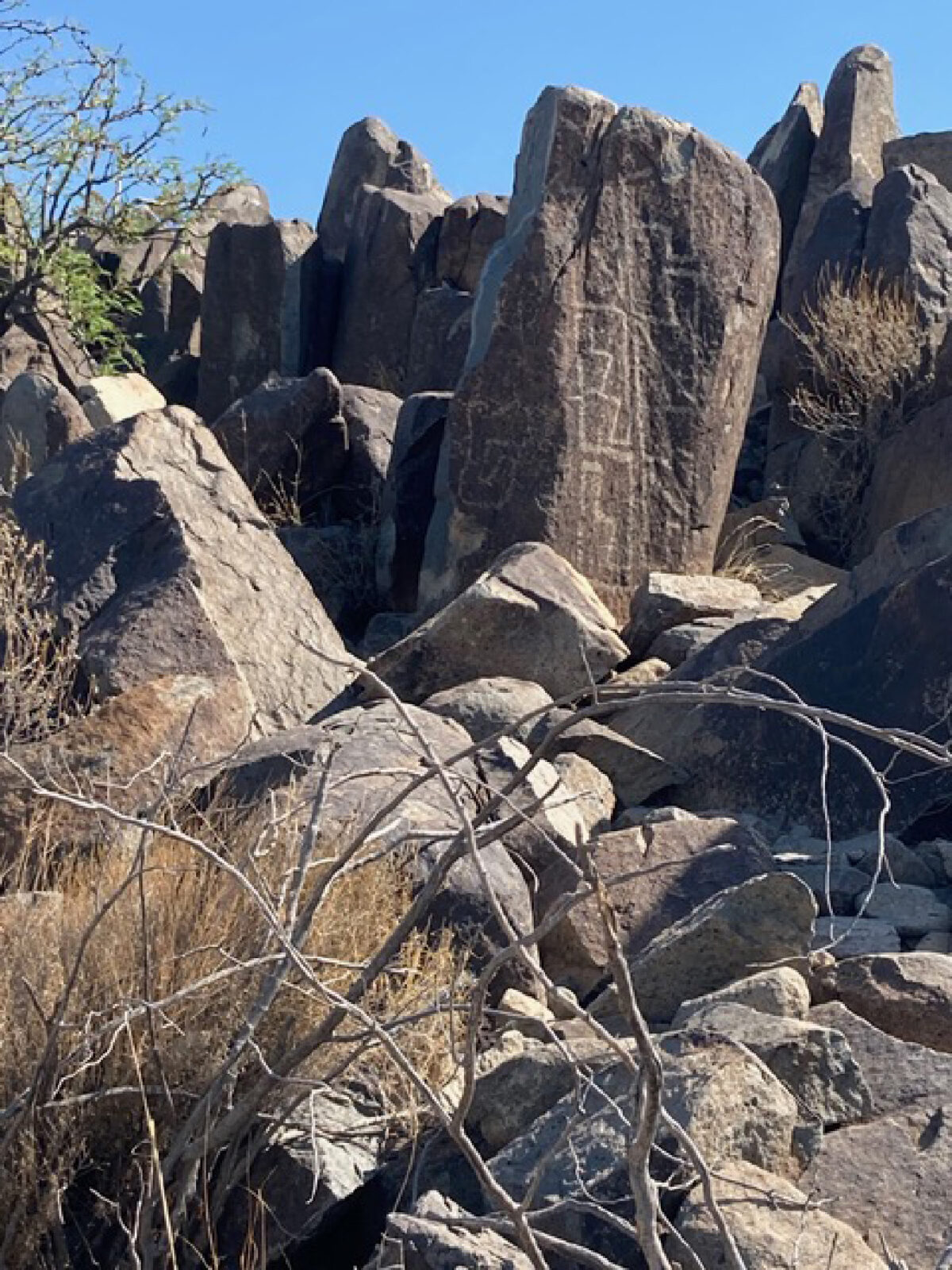 The hike is rough, but finding ancient writings at the Three Rivers Petroglyph Site in Tularosa, N.M., is worth the effort. (Bill Neely)
Destinations

Driving our RV from home in South Carolina to see our family in Los Angeles, California, is an ambitious trip. But spending as much time outdoors as possible and avoiding crowds is easy in most campgrounds, and RV travel and tent camping has increased 1,000% in the last year.

We chose to avoid major Interstate highways because of heavy traffic and fewer interesting sights. Instead, we frequently drove the “blue highways” (old two- and four-lane asphalt highways through small towns) because we enjoyed the interesting roadside scenery and great little towns and wayside parks at which to take rest breaks. We’ve made this trip many times, and we try to vary our routes to stop and explore places we have not seen before.

Alamogordo, New Mexico, was one of those special destinations where we elected to spend several nights at the Alamogordo White Sands KOA. From there we were able to make an early morning drive of about 17 miles to Tularosa and the Three Rivers Petroglyph Site for a self-guided walking tour. This high-desert climate has dry air, so hiking in the early morning in this high and dry desert was pleasant. No one hikes here between noon and 5 p.m., when dangerously high temperatures are normal.

The site is managed by the Bureau of Land Management and open year-round. There are six shelters with barbecue grills, tables and trash cans, and a few RV sites with water and electric hookups. In some places BLM campsites can be reserved ahead of time, but most are first-come, first-serve. Some are free; others have a nominal fee.

Instead of going on the trail to the partially excavated ancient village of the Jornada Mogollon people, who lived here from about 200 B.C. to A.D. 1450, we got the self-guided tour brochure and climbed the rugged, rocky trail among many boulders. We were searching for as many as we could find of the 21,400 ancient petroglyphs—pictures carved into these boulders by the Jornada Mogollon prehistoric Native Americans who lived in this area.

Since we had recently spent time in Roswell, New Mexico, where a spaceship is said to have crashed in 1947, we searched for ancient carvings that perhaps depicted space vehicles and ancient alien beings. And we were not disappointed, at least not with our own interpretation of several pictures that looked to us like flying saucers, an airplane in the sky and some unusual humanoid shapes.

Most of the petroglyphs depicted recognizable objects, however, that included sheep, birds, human faces, arrows, corn, and rain. The most frequently depicted were carved rock pictures of a circle with a cross in the middle and little dots around the circle’s perimeter, the meaning of which archeologists have not been able to interpret.

The darkened patina of the rock face is caused by the oxidation of the minerals inside the rock. Some of the petroglyphs appeared to be scratched faintly with a sharp tool, but the more vivid rock pictures were carefully chiseled into the rocks by ancient artists using two rocks as tools in the fashion of a hammer and chisel to remove a deeper layer of the patina, exposing the white rock beneath.

The basaltic rock where the petroglyphs are found is at about 5,000 feet elevation overlooking the Tularosa Basin with the backdrop of the San Andres Mountains to the west and views of the vast White Sands gypsum fields in the south. To the north is a great contrast to the black lava flow where Sierra Blanca rises 12,003 feet high. To the east we could see the location of the Mescalero Apache Indian Reservation.

Although the three rivers are dry now, the region is worth stopping at for a petroglyph hunt. The store at the entrance operated by Native Americans is also worth a visit. We found hand-made crafts and fascinating souvenirs that help us recall a fascinating morning spent here. 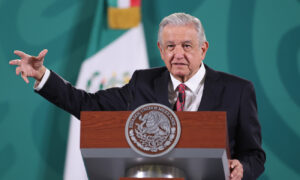 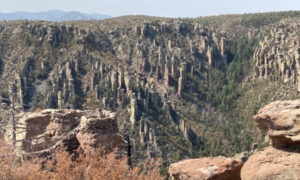 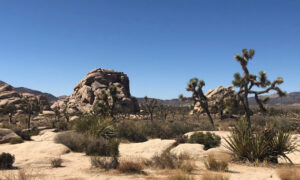 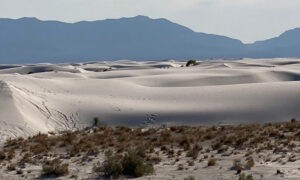