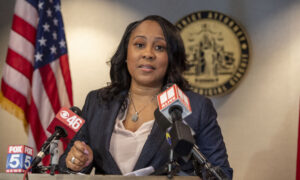 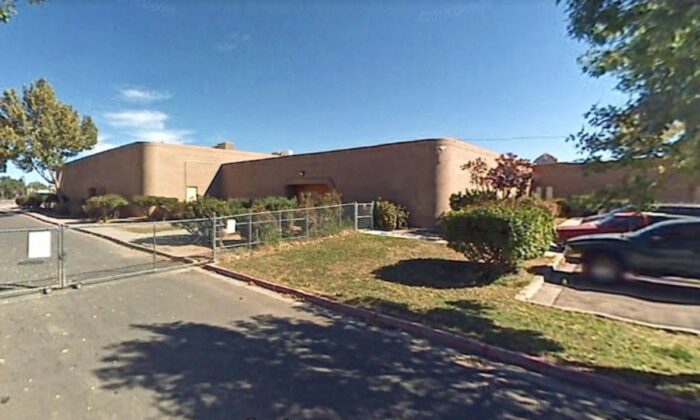 The entrance of Washington Middle School in Albuquerque, N.M., in 2021. (Google Maps/Screenshot via NTD)
US

A Children’s Court judge agreed with prosecutors during a virtual hearing Tuesday and ordered the boy to remain at the Bernalillo County Youth Services Center.

The boy is charged with an open count of murder and unlawful carrying of a deadly weapon on school premises. The Associated Press does not generally identify juvenile crime suspects.

The shooting happened during the lunch hour Friday at Washington Middle School in front of numerous students, who had returned for the fall semester just two days earlier. Police have said the victim—13-year-old Bennie Hargrove—was trying to protect another boy who was being bullied.

Judge Catherine Begaye ruled that the boy poses a danger to others and noted the allegations against him.

In November 2015, an elementary school teacher said she was in a classroom with a parent and her daughter when, without warning, the suspect’s mother came into the room and attacked the mother.

In 2018, a fight between parents that started with words and a fist escalated to poles, bats, and gunfire in the student pickup lane outside Highland High School. The suspect’s father had shot and wounded another parent, but police never filed any charges after finding that both men had defense claims.

In 2013, the suspect’s father was arrested on drug trafficking charges after police found a methamphetamine pipe and several bags of the drug on him. The man told police he was selling meth to get extra money for his daughter’s 15th birthday, according to a police report. The case was later dismissed.